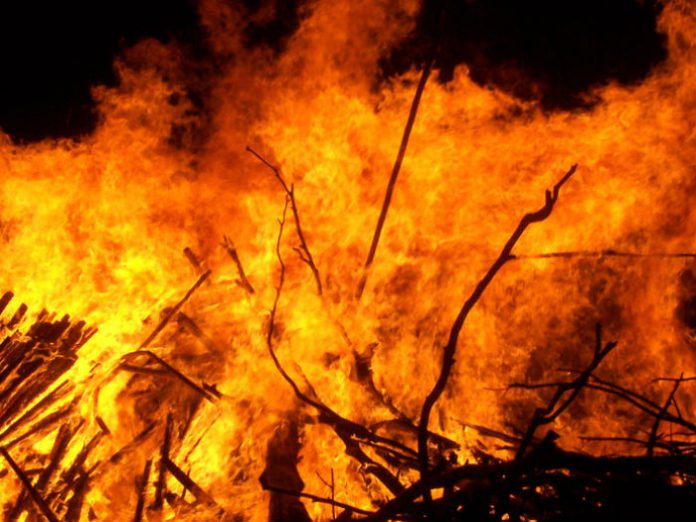 At least four persons were killed and over 20 others injured when several houses in Assam’s Golaghat district caught fire due to a gas tanker accident, a police official said on Tuesday.

The tanker turned turtle on Monday night on the National Highway 37 that passes Rangoliting village leaking gas which ignited the blaze that engulfed over 20 houses, said the villagers.

The family of Bimal Bhuyan including his wife and daughter who were trapped inside one of these houses were charred to death.

“One person, who was burnt severely was sent to the Guwahati Medical college and hospital where he succumbed,” said the villagers.

“We have intimated the Numaligarh Refinery Limited (NRL) officials about the incident and requested them to send experts so that the leaks in the tanker can be sealed to make the area safe,” said the police from Dergaon police station.

The experts were on their way.

Police said that the incident took place around 11 p.m. and the blaze caught the sleeping villagers by surprise.

“Those villagers who woke up fled to the nearby paddy fields and saved themselves,” police added.