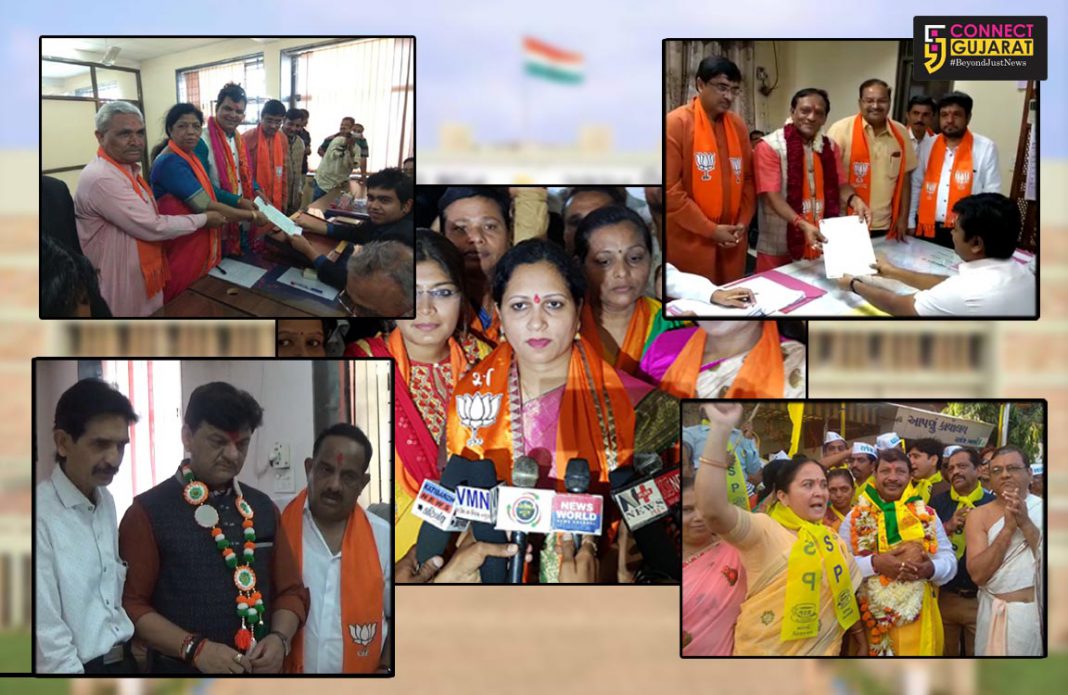 He said his competitors are in delima to decide their candidates after he files his nomination. As a councillor he had done many development works in his area and his voters will for sure help him win the assembly elections.

From Vadodara City Wadi area Manisha Vakil files her nomination papers at Narmada Bhavan among the presence of BJP supoorters. She first visit Harni Hanuman temple to take his blessings and then in the form of a rally from her office reached the election office to file her nomination.

She thanked the party for believe in her and give her the responsibility. She put her faith in voters and sure of a record win in the elections.

They all said about the development work they done in their areas and put their faith on the voters in the upcoming elections.