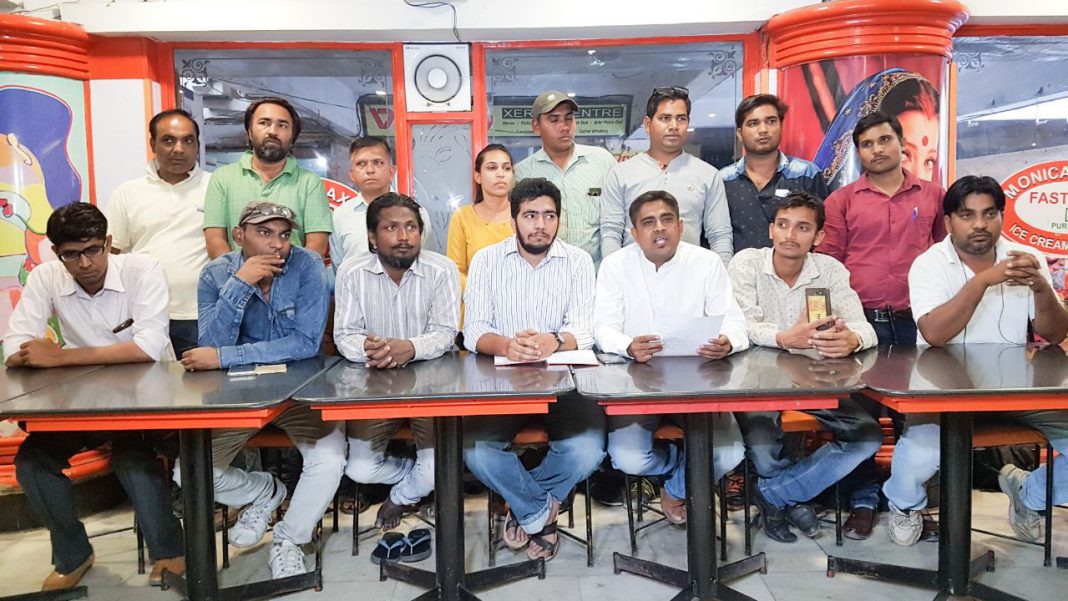 In a big blow to the party before the elections in Gujarat around 375 members of Aam Aadmi Party (AAP) of Sayajigunj and Akota Vidhansabha in Vadodara resigned from the party membership. The members held various posts in both the seats and on Monday they collectively resigned putting allegations on the party to entertain the people who have money. They also allege that the party is meeting with the Congress and BJP people to enter them in the party. They accused the party for neglecting the members who worked from the start to strengthen it in Gujarat. “There are two types of workers, one working from the root since start and the others who entered by the power of money. After the entry of such people the party is neglecting us who worked for them since the start,” said Mehul Upadhyaya.

The members said that they already informed the top officials in Delhi but nothing was done since then. They said instead the party is entertaining the people who have the money power and also replied in a very rude way. “The party at the top answered to us in a very rude way and said they will give ticket to the person who joined just a day before. We follow the ideology of Arvind Kejriwal and that is the reason we joined the party but now the reality is different inside the party. We resigned to show them the reality in Gujarat as if they continue with the same mentality then like Punjab and Goa the party will receive the same fate,” said Upadhyaya.

He said that although they resigned from the party and they will continue to fight against corruption and fight for the rights of the people. In the upcoming elections they will support the person who is good and working for the benefit of the people.