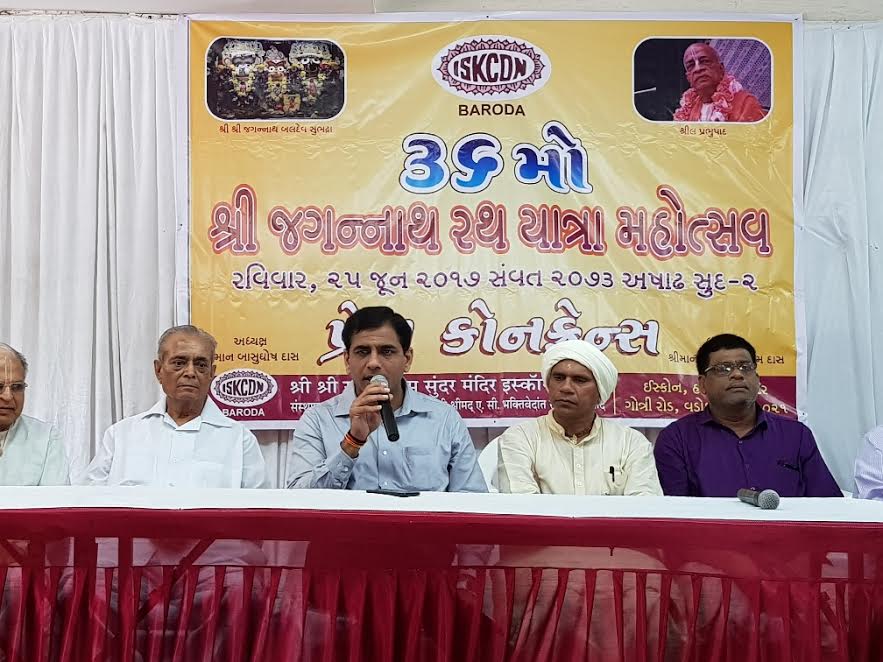 As per the usual tradition, the Rathayatra procession will be inaugurated at the Baroda Railway station at 2:30 PM, with Mayor of Baroda Bharat Dangar inaugurate the procession by sweeping the road in front of Lord Jagannath’s Rath. It’s a tradition where the first citizen sweep the road just the Gajapati Maharaja of Puri does in Puri annually. The ancient tradition has been intact for centuries.

Like every year the Rathyatra attracts large number of people to have a glimpse of Lord Jagannath goes out with sister Subhadra and brother Balbhadra for city darshan. People gathered all along the route of the Rathyatra to pay their respect to the Lord and seek blessings from them. 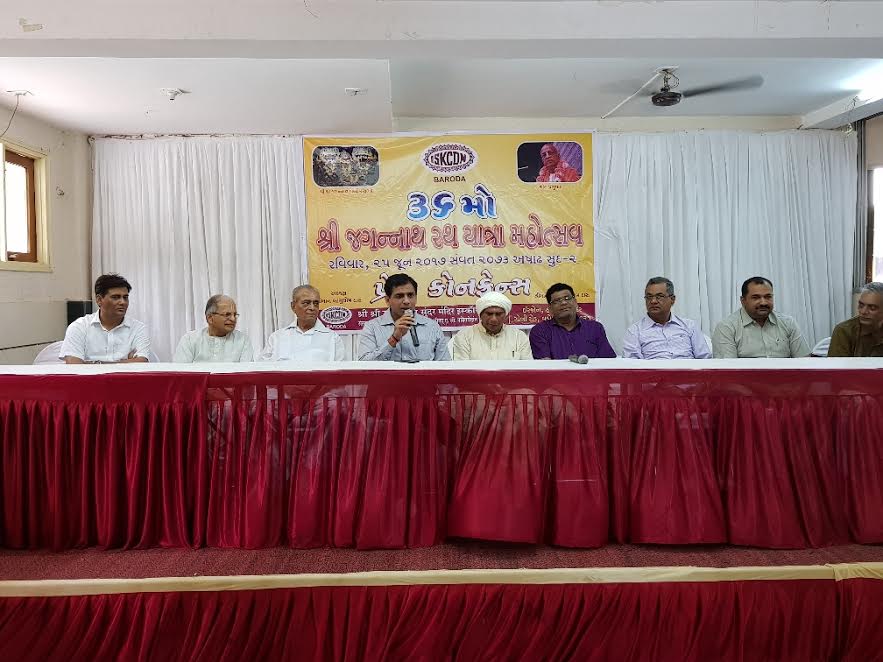 Local, social and political leaders including local MLA’S Municipal Councilors, will also be present for the inauguration. Also present will be a number of life patron members and supporters of ISKCON along with large number of general public.

Fifteen tons (15,000 kgs) of “halava” prasad, all cooked in “deshi ghee” will be distributed from four trucks moving behind the Rath cart. Later on at ISKCON Baroda, full plates of prasad will be distributed to approximately forty thousand visitors, and ISKCON life patron members.