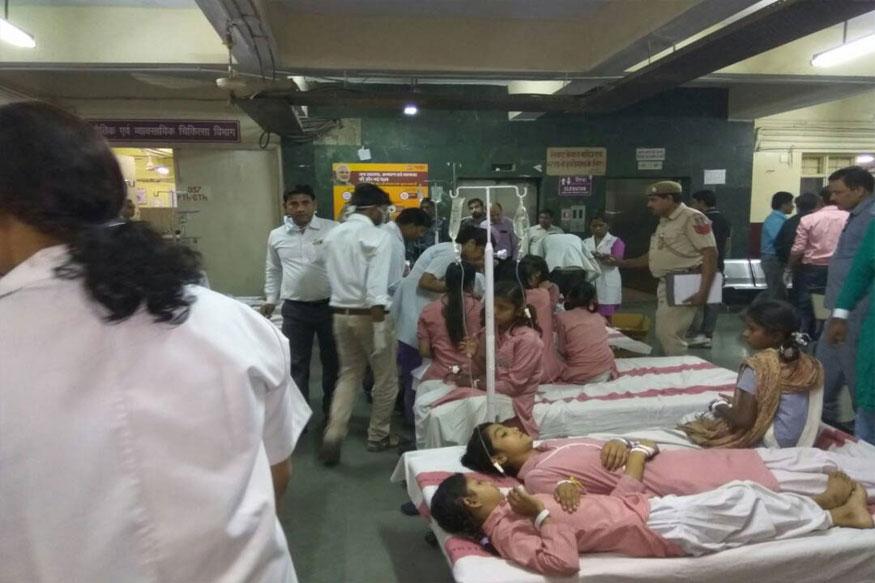 On Saturday morning, a toxic gas leak from a container was near a school located in Tuglakabad, Delhi. Till now, more than 320 students of Rani Jhansi School have been admitted to four separate hospitals. The number of abused students is continuously increasing. According to the Delhi Police, the condition of a student is quite delicate.

Students are from Rani Lakshmi Sarvodaya Kanya Vidyalaya. All the unconscious children have been admitted to the hospital. As a precaution, the entire school has been vacated by the administration. Administration claims that more than 100 girls have been evacuated from the school.

To know the situation, Lt Governor Anil Baijal reached the hospital. They talked to the families of girl students and promised to improve the situation.

Actually, when this incident happened that time the classes were going on and the children feel difficulty in breathing. The school’s principal said that due to leakage of gas, some children complained of eye irritation and respiratory distress. The possibility of leakage of gas from the container depot located near the school is being expressed. Police and rescue teams are present on the spot. Relief work is going on full thrust.