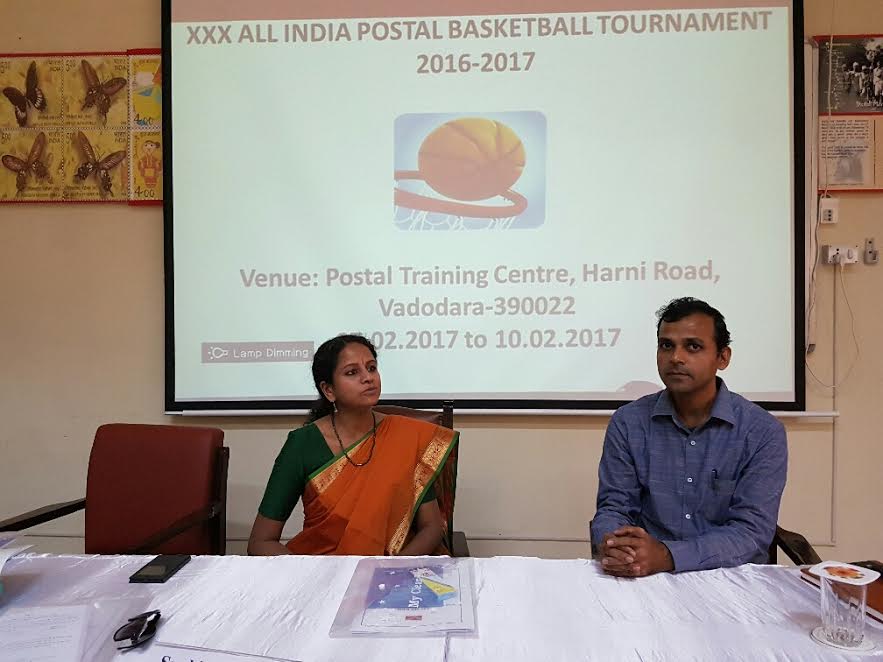 The Gujarat Circle Postal Sports Board is hosting the 30th All India Postal Basketball Tournament 2016-17 from 7 to 10th February at the PTC Basketball ground in Vadodara. Total six teams consisting of 85 players and officials from different parts of the country are participating in the meet.

Its after a gap of nearly 13 years that Vadodara is hosting the Basketball Tournament here. This year teams from Gujarat, Punjab, Haryana, Tamilnadu, West Bengal and Odisha are participating in the Basketball championship. Last year it was held in Kolkata where West Bengal was the champ.

“This is internal departmental tournament organise every year and this time Gujarat is assigned to host the Basketball Tournament here in Vadodara. Total six teams are taking part in the four day tournament where the winner will be given the trophy. Last year West Bengal were the champions and this time the fight is between six teams from various regions,” said Suchita Joshi Director Postal Training Center Vadodara.