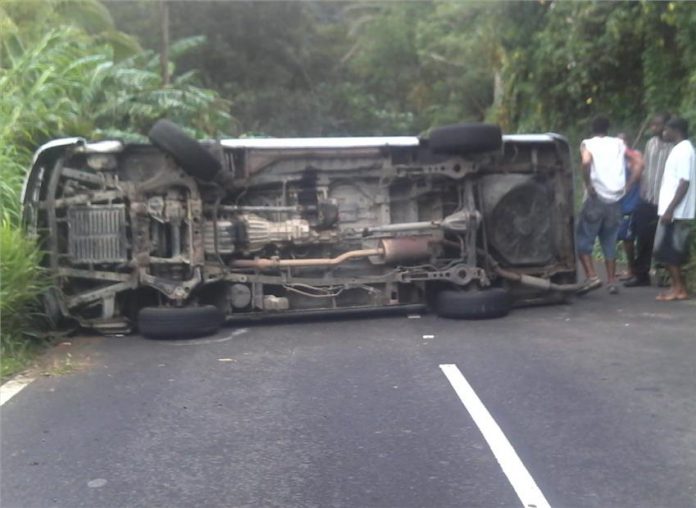 At least 30 persons were injured when their bus overturned on the outskirts of the city here on Tuesday.There were 65 passengers, including four children, in the tourist bus at the time of the accident in Dhauli, a Buddhist site. The bus was from Midnapore in West Bengal.

The injured were admitted to Capital Hospital here, while several were shifted to SCB medical college and hospital in Cuttack after their condition deteriorated, said a health official.

State Tourism Minister Ashok Panda said the accident occurred after the bus driver lost control over the vehicle while negotiating a curve.

Prima facie, it appears there was brake failure, Panda said.

He also said that the state government would provide free treatment to the injured.

Transport Minister Ramesh Majhi said they would inquire into the incident.