Accidents at Vadodara-Halol Road, Dabhoi and Danteshwar in Vadodara, police started investigation Three people have been killed and three others injured in three separate accidents near Vadodara in the last 24 hours. In Sathod village of Dabhoi taluka in Vadodara district, three people met with an accident while returning back in a car after admitted […] 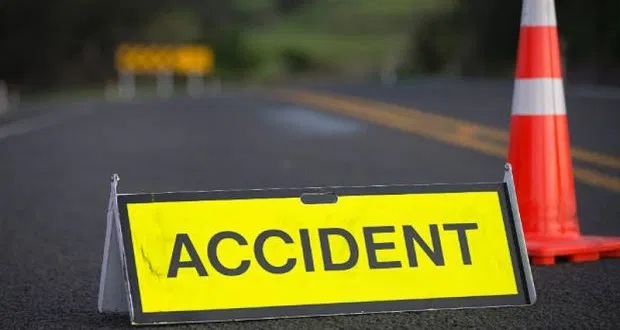 Three people have been killed and three others injured in three separate accidents near Vadodara in the last 24 hours. In Sathod village of Dabhoi taluka in Vadodara district, three people met with an accident while returning back in a car after admitted an injured old man in the hospital. One person was killed and two others were injured in the incident.

A youth was killed on the spot when he was hit by a car while crossing the road near Machilipura village on Vadodara-Halol highway. In the Danteshwar area of ​​Vadodara, a biker lost control of the steering wheel and hit the back of an Eicher tempo parked on the side of the road killed the bike rider killed and injuring his friend.

Dahiben, a resident of Sathod village in Dabhoi taluka of Vadodara district, fell from her chair and was taken to Dabhoi hospital in a car for treatment. Virambhai Rabari, Naginbhai Rabari and Alpeshbhai Vasava (all from Sathod village) were in the car and Naginbhai was driving the car. They were returning after admitting Dahiben to the hospital, and suddenly lost control of the steering wheel and crashed into a tree on the road to Sathod village near Panchmukhi Hanumanji temple. Alpeshbhai was critically injured in the accident and died on the spot. While 2 others were injured. Dabhoi police have registered a case of accidental death against driver Naginbhai Rabari and further investigating.

A middle-aged man was killed in a car accident on Vadodara-Halol road. Senting work is going on in DG Chocolate Company of Machlipura village near Vadodara city. Bahadur Singh Jadav, 49, (lives in Bhukhi, Ta. Halol, Dist. Panchmahal) came to this site to work with his nephew. On Thursday, they went to Hanumanji’s temple near the bus stand in Machilipura village to fetch water to make a meal. At that time, while crossing the Halol-Vadodara road, a speeding car knocked and killed him on the spot. Waghodia police have registered a case against the driver on the basis of the car number plate.

In another in incident two friends Ravi Mali (resides at Mali Mohallo, Ajwa Road near water tank, Vadodara) and Nitin Solanki (Resident of Saidham Society, Tarsali, Vadodara) went on a bike to visit Meladi Mata temple at Bhamba Goda. They were returning back from there and Nitin was riding to drop his friend home. Suddenly on the road from Danteshwar to Amar Shraddha, Nitin lost control of his bike and strayed to the back of an Eicher tempo parked at the road side. Both friends were injured in the accident and locals rushed to the spot and shifted them to the hospital via 108 ambulance where Nitin Solanki died during a short treatment. Makarpura police have launched further investigation into the incident.