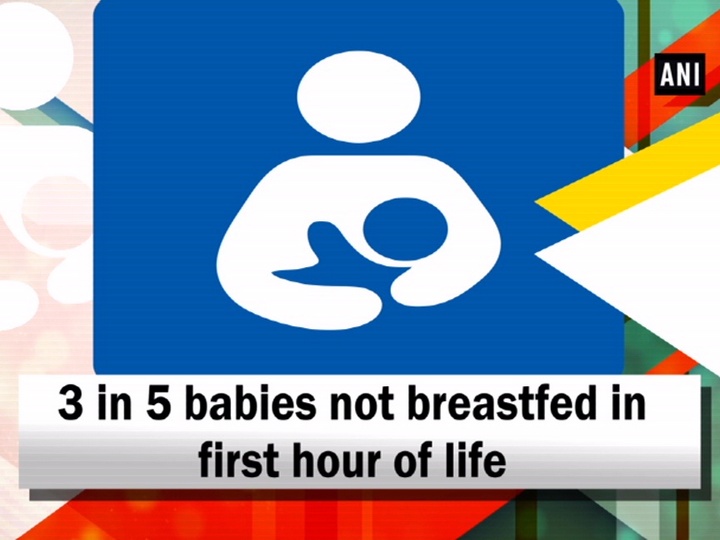 According to United Nations Children’s Fund (UNICEF) and World Health Organization (WHO), nearly 78 million babies or a ratio of about three in every five newborns are not breastfed within the first hour of the birth.

This puts them at a higher risk of death and disease, making them less likely to continue breastfeeding. Such babies are mostly born in low or middle income group countries. According to the report, newborns that breastfeed in the first hour of life are significantly more likely to survive.

Even a delay of a few hours after birth could pose life-threatening consequences. It should be noted that skin-to-skin contact along with suckling at the breast stimulates the mother’s production of breast milk, including colostrums, also called the baby’s ‘first vaccine’, which is extremely rich in nutrients and antibodies.

Capture the Moment, which analyzed data from 76 countries, found that despite the importance of early initiation of breastfeeding, too many newborns are left waiting too long for different reasons, including: traditional norms of feeding babies formulas or honey first, rise in elective C-sections, and gap in quality of care provided to mothers and newborns. The report urges governments, donors and other decision-makers to adopt strong legal measures to restrict the marketing of infant formula and other breast milk substitutes.