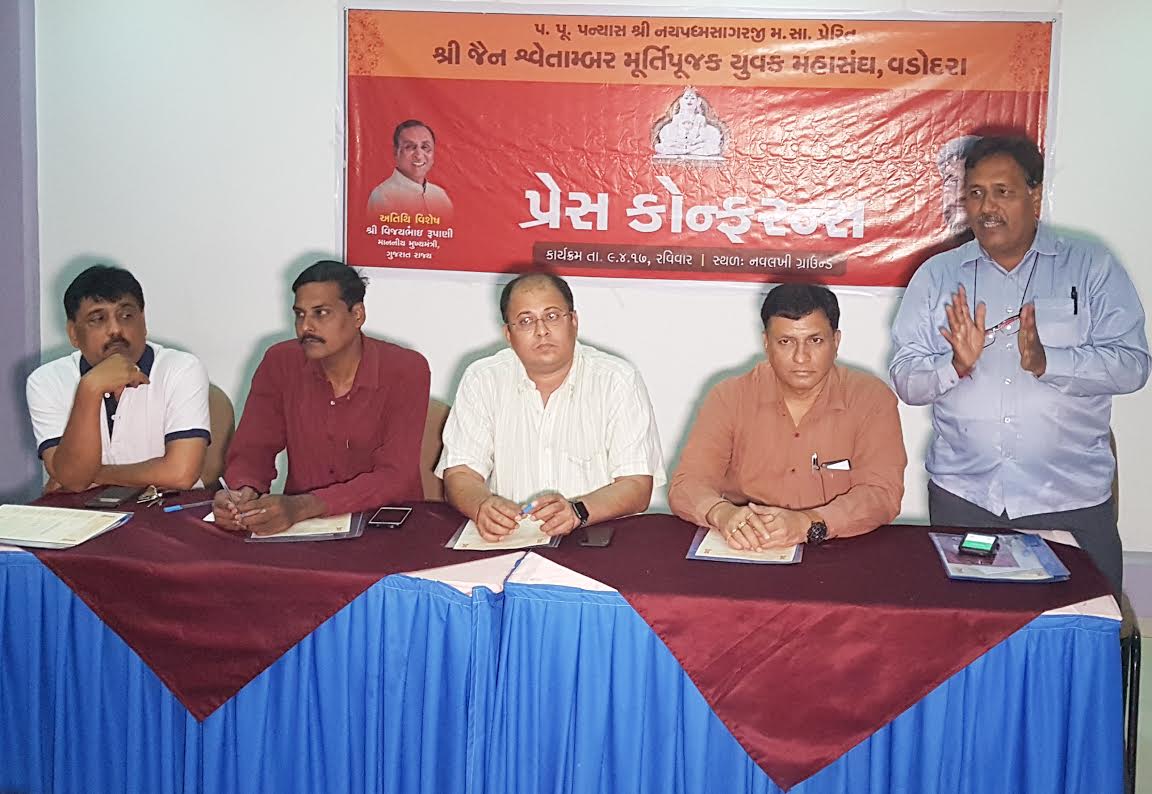 To celebrate the 2615th birth anniversary of Lord Mahavir a big rally will be taken out in Vadodara having floats spreading the messages of the Lord. The rally will start from Navlakhi compound and passing from various areas of the city.

Like every year the Shree Jain Shwetambar Murtipujak Yuvak Mahasangh celebrate the birth anniversary of Lord Mahavir with various programmes lined up in next two days starting from Saturday.

On Sunday there will be distribution of 1,25,000 sweets at 11 different points to the people of Baroda. In the evening on the same day there is a Bhakti Sandhya programme where Gujarat CM will be attending the same with many other dignitaries. This is the 13th year they are organising the programme to celebrate the birth anniversary of Lord Mahavir in Vadodara.