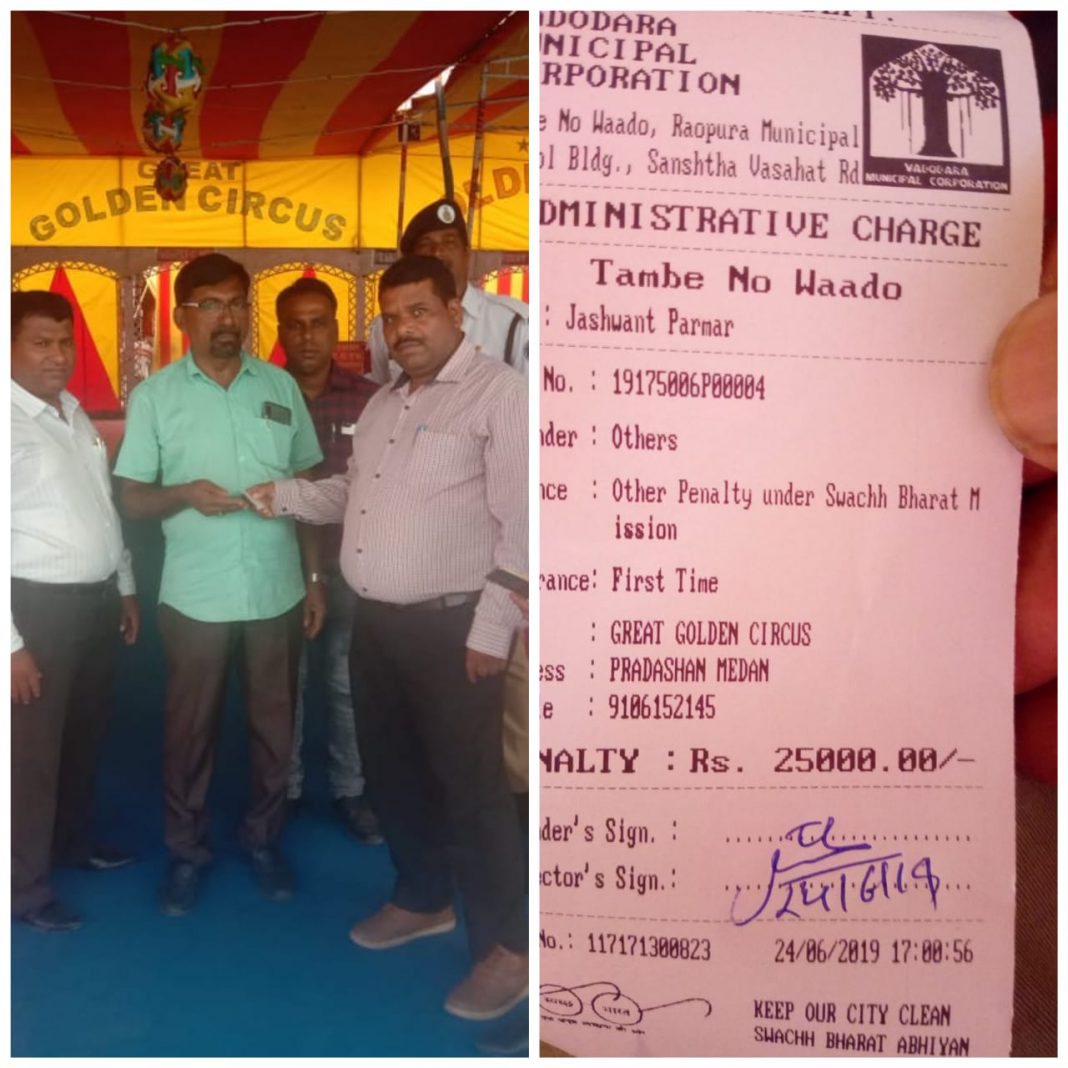 Strict implementation of rules by the VMC towards cleanliness

A meeting was held recently between Corporation officials and city police regarding maintaining the cleanliness in Vadodara city. Various decisions were taken to penalise people throwing garbage in open, spit at public places and stick advertisements on public walls.

In view of that the Corporation penalised people, hotels, agencies and others for violating the rules. In recent days, the officials imposed fine of 20,000 rupees to popular The Great Golden Circus for sticking posters and stickers on various public places of the city. The circus is yet to start and one of the major attractions every year for Barodians.