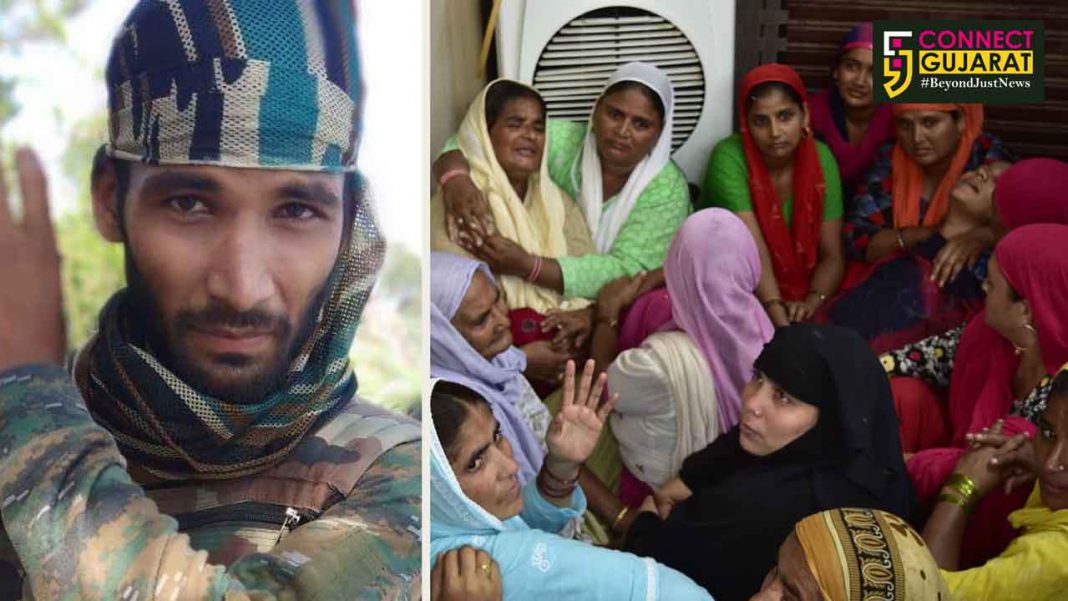 24 year old army jawan from Vadodara posted in Akhnoor martyred in cross border firing in Keri Battal sector early morning on Monday. A  pall of gloom spread in the family after they received the news on Monday. With a strong heart the family now wants to send their younger son to the army to serve the nation.

As per details Mohammad Arif Shafi Alam Pathan attached with J&K 18 Rifles posted in Akhnoor area attained martyrdom in cross border firing in Keri Battal area on Monday. He was greviously injured while replying to the firing and later martyred. His family was inconsolable after they received the news from the regiment.

“My mother received the news on her mobile and till then she is inconsolable. My brother was posted at Akhnoor for the last three and half years and attain martyrdom on Monday in cross border firing. We are proud of him and my younger brother is also preparing to join the army,” said elder brother Ashraf Pathan.

Asif the youngest of them all is already undergoing preparation to join the army serve the nation. “My brother attained martyrdom while fighting with the enemies and made the whole family proud. I am also preparing to join the army and will take revenge of his death,” said Asif.