Connect Gujarat
#Beyond Just News
More
Home India 23rd March, Tributes to the brave heroes of our motherland who gave... 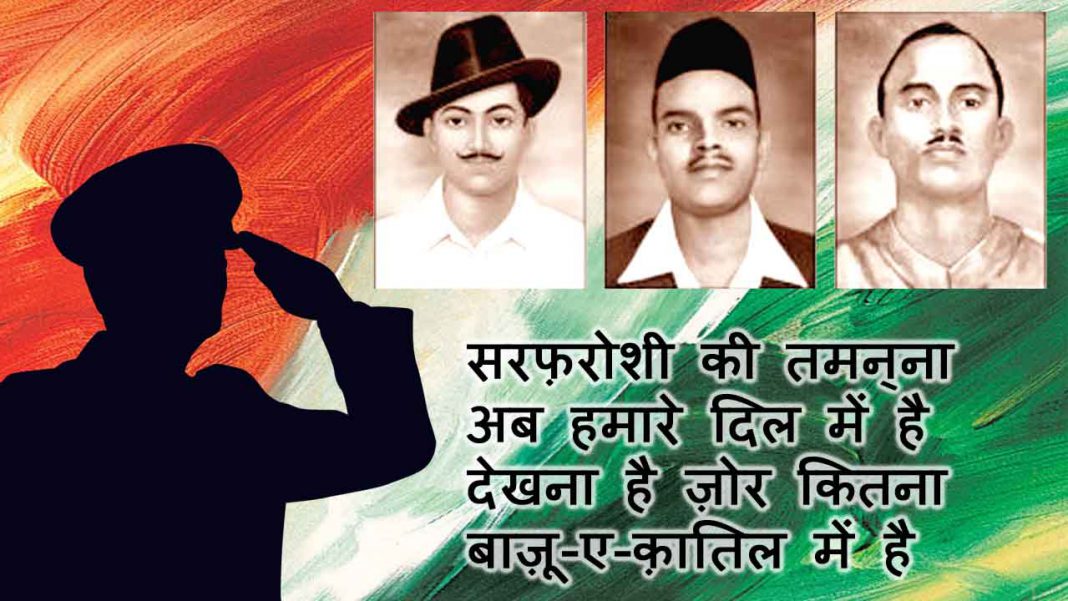 “They may kill me but they cannot kill my ideas” : Freedom fighter Bhagat Singh.

Today the day of March 23 is one of the most important day in India’s history. On this day freedom fighter Bhagat Singh and his companion Rajguru and Sukhdev were hanged to death on 23 March 1993. Hence this day is known as ‘Shaheed Divas’.

Although there are many important events recorded in the country and the world on March 23 in history, hanging Bhagat Singh , his companion Rajguru and Sukhdev is one of the biggest and important incidents in India’s history.

On the day that Bhagat Singh and the rest of the martyrs were hanged, the eyes of all the prisoners locked in the Lahore jail became moist. Even the employees and officers of the prison were shocked at the hanging of this red in the neck of the earth. According to the jail rules, before the execution, the three countries had been battered by the devotees. Then they were dressed in new clothes and in front of the hangman. Who weighed them Prior to the execution, Bhagat Singh, Rajguru and Sukhdev were asked for their last wish. The three said in one voice that we want to embrace each other.

‘We are not sad to die. Pressing our voice is very painful for us’ : Shaheed Sukhdev

Shaheed Bhagat Singh wrote in his last letter before the execution, “Companions are natural. I wish to live also should be in me also. I do not want to hide it, but I can stay alive on one condition, do not stay in the lap or be punctured. My name has become a symbol of Hindustani revolution. The ideals of revolutionary parties have raised me very high, so high that in the event of survival, I could not have been higher than this. The country’s mothers will expect Bhagat Singh of their children to face my laughing hanging. This will increase the number of those who give up the sacrifice for freedom that it will be impossible to stop the revolution. Nowadays I am very proud of myself. Now awaiting the final examinations with great attributes. Wish it to be closer.”