2018 was full of special achievements for Western Railway

Improved passenger services and facilities, upgraded infrastructure, security of women and children and many more The outgoing year 2018 was proved good for Western Railway, as it was full of various special achievements including improved passenger services and facilities. The year also saw development in terms of upgraded infrastructure for better future. According to a […] 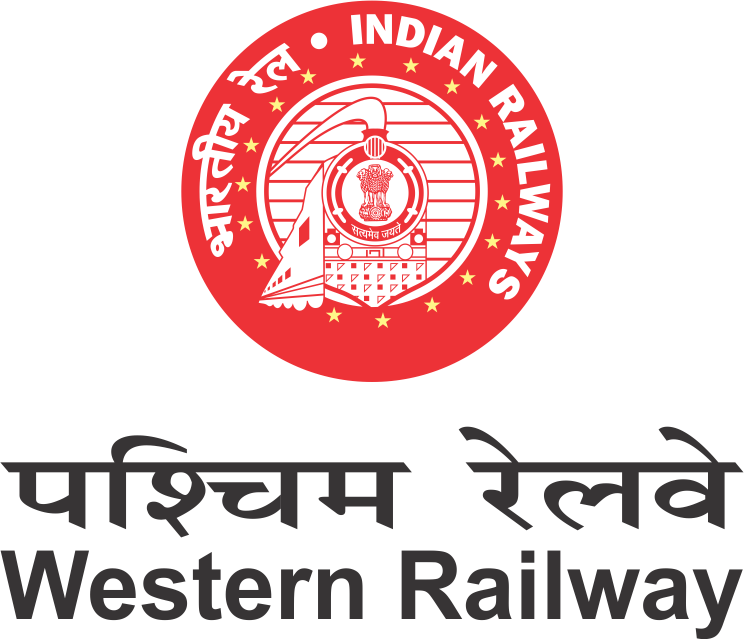 Improved passenger services and facilities, upgraded infrastructure, security of women and children and many more

The outgoing year 2018 was proved good for Western Railway, as it was full of various special achievements including improved passenger services and facilities. The year also saw development in terms of upgraded infrastructure for better future.

In addition WR take certain efforts at various levels for betterment of security measures of women and children, as the year 2018-19 has been declared the year of security for women and children by Minister of Railways Piyush Goyal. The press release further gives the information of various major achievements and activities on W.Rly during 2018 is given as under with specific details:

India’s first broad gauge AC EMU train was introduced on W. Rly’s Mumbai suburban section on 25th December, 2017. Thereafter, the AC local train ran on regular basis from 1st January, 2018, as per the scheduled time table with total 12 services (6 services in UP & 6 services in DOWN direction).

Harbour line services extended from Andheri to Goregaon with 49 additional servicesw.e.f. 29th March, 2018, Passengers from Goregaon can now directly travel up to CSMT.

Two additional ladies special introduced from 25th December 2018 which takes the total number of ladies special plying on WR increased from 8 to 10 services.

AHU Dust Collection System for local trains. This will provide dust free environment to the passengers inside the EMU compartments.

Talking about the Improvement in Ticketing system and Digital Initiatives:

All the stations on suburban section have the facility of QR code to bbok tickets on UTS app.

25 Optical Character Recognition (OCR) kiosks has been introduced over suburban section from 11th January, 2018 to facilitate the passengers to get print out of tickets booked through UTS mobile app and also reduce the queues at booking counters/ATVM machines thereby promoting transactions through UTS mobile app.

TTE App for checking UTS ticket through mobile phones has been launched.

735 Electronic billing machines and 270 POS machines have been installed on catering units over WR.

Presently on Mumbai Suburban section of Western Railway 32 escalators have already been provided, while the work of 16 new escalators is in progress. Further 69 escalators have also been planned to provide on various stations for the convenience of commuters, especially for senior citizens and Divyangs.

Similarly, 18 lifts have already been provided on various stations of Mumbai suburban section of WR, while the work of 5 new lifts is in progress and further 54 new lifts are planned to provide on various stations for the convenience of commuters, especially for senior citizens and Divyangs.

It is a huge step towards “Green Energy Initiative”, by reducing the electrical energy consumption in addition to improving the illumination level at stations.

LED lights generate very less heat and mostly made from non-glass material. They function efficiently even under over/under voltage conditions.

LED lights have an average life of 50,000 Hrs. After replacing 34,404 nos. conventional lights with LED lights, the electrical energy consumption will be reduced approximately by 24,62,297 KWH per annum which amounts to approximately Rs.2.09 crores and reduction in carbon emission by 2,240 tons.

To ensure cleaner and hygienic environment, during 2018 total 4680 Bio tanks were provided 1183 coaches of various train over Mumbai Division of Western Railway.

Safety and Security Measures: 2018-19 Dedicated to the Security of Women and Children

W. Rly is taking various measures to control as well as curb the offences against women and children in railway premises.

Various activities such as Workshops on gender sensitization, Awareness rally for Security Helpline No.182 and Child line No.1098 were organised.

W. Rly has set up Women and Child Help Desks at major stations, i.e. Mumbai Central, Bandra Terminus, Surat, Vadodara, Ahmedabad, Ratlam and Rajkot stations to help and save the children or women passengers in distress.

An interactive drive was organised from 4th to 8th June, 2018 at important suburban stations of the Mumbai Central division regarding feedback on improving women and child security.

We care for our Customers:

Battery operated cars have been provided at several stations which deal with long distance trains, to ease hardships of Divyang and Sr Citizens.

Dedicated Whatsapp mobile no introduced in all 6 divisions of Western Railway to click and send photos of unclean toilets or station premises for quick redressal. This facility is garnering very good response.

The first upgraded rake of Western Railway under ‘Project Utkrisht’ was flagged off from Surat Station on 28th Dec 2018.

Beautification of 63 stations done through participation of local artist & volunteers.

Doubling & Electrification of Udhna-Jalgaon section completed and section commissioned for passenger traffic with effect from 22nd July, 2018. This will help in better connectivity of Gujarat with Eastern and Southern parts of India.

Doubling of Surbari – Samakhiali section completed and commissioned for passenger traffic from.

Indian Railway’s first ever Double Stack Dwarf Container Services was flagged off from Western Railway on 7th July, 2018. Despite being smaller in size, the dwarf containers can hold a capacity of 30,500 kgs and volume of approximately 67% more when compared to traditional containers.

The Roll On Roll Off (RO – RO) service on Western Railway commenced on commercial basis with the first rake starting its journey on 20th September, 2018 from Konkan Rly’s Surathkal goods shed in Karnataka and to Karambeli goods shed in Gujarat. This is an attempt for seamless transport of commodities from road to rail and also to provide an environment friendly transportation system.

Augmentation of wagon shop maintenance at Dahod, capacity increased from 450 to 750 wagons per annum.

National Rail and Transportation Institute (NRTI) was opened on 5th September 2018. Focused on transport related education, multi-disciplinary research and training, located in Vadodara, the Deemed to be University is the brain child of Hon’ble Prime Minister Shri Narendra Modi.

An agreement for customer funding for capacity augmentation between WR & NTPC Ltd under PPP model has been executed for rail connectivity augmentation of rail line from Nimarkheri to Khandwa. on30th April 2018.

On 15th December, 2018, President of India Ram Nath Kovind laid the Foundation Stone of Kevadiya Station. The coming up of this station would lead to an increased flow of tourists from across the country and beyond and make travel to the ‘Statue of Unity’ faster as well as more convenient.

28 coaches in 17 trains were permanently augmented.

2080 trips of coaches in 75 trains were temporarily augmented.

Quality Council of India has ranked Bandra Terminus at no 7 in A1 category stations as the cleanest stations on IRlys and WR has been placed at no 5 out of 16 zones.

A dedicated Whatsapp number has been introduced at all divisions for obtaining feedback on cleanliness and complaints are resolved immediately.

Solid Waste Disposal Bio Gas Plant with capacity of 500 kg/day has been set up at Mumbai Central on 5th Sept 2018.

Virar-Vasai-Panvel Suburban Corridor – This project is sanctioned in the year 2018-19 as a part of MUTP-3A. The estimated cost of this project is Rs.6494.33 crore.

Extension of Harbour line between Goregaon-Borivali has been sanctioned in the year 2018-19 as a part of MUTP-3A. The estimated cost of this project is Rs.745.31 Crore.

Communication Based Train Control System on Churchgate-Virar on Western Railway sanctioned in the year 2018-19 as a part of MUTP-3A. The estimated cost of this project is Rs.2158 Crore.