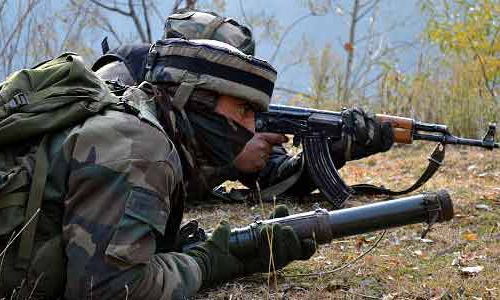 According to the souces two of the three Lashkar-e-Taiba militants killed in a gunfight with security forces in Sopore town of the Kashmir Valley on Saturday have been identified as locals.

On Friday night the security forces engaged in firing with the terrorists after receiving information of hiding in a house in Amarnath Sopore of Jammu and Kashmir.

The third militant killed in the operation conducted jointly by the police, Army and the Central Reserve Police Force (CRPF) in Amargarh area is yet to be identified, a police officer said here.

“Three AK-47 rifles and two magazines have been recovered from them.”

A police constable has also been injured in the gunfight.

He has been rushed to a nearby hospital, where doctors described his condition as stable.