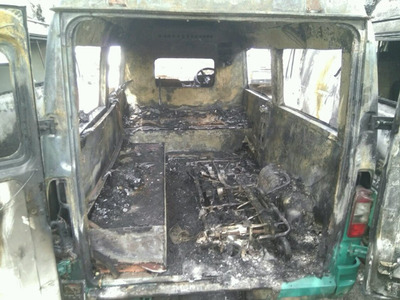 Two people were charred to death and one got critically injured after an ambulance caught fire in Sheikh Sarai area of Delhi on late Monday night.

The injured has been taken to Safdarjung hospital for treatment.

The three were sleeping inside the ambulance when it allegedly caught fire from a mosquito coil.

“The ambulance caught fire due to Mortein and thunderstorm. The massive fire engulfed two more ambulances,” said an eyewitness and driver of the ambulance.

The Malviya Nagar police are inquiring the incident.