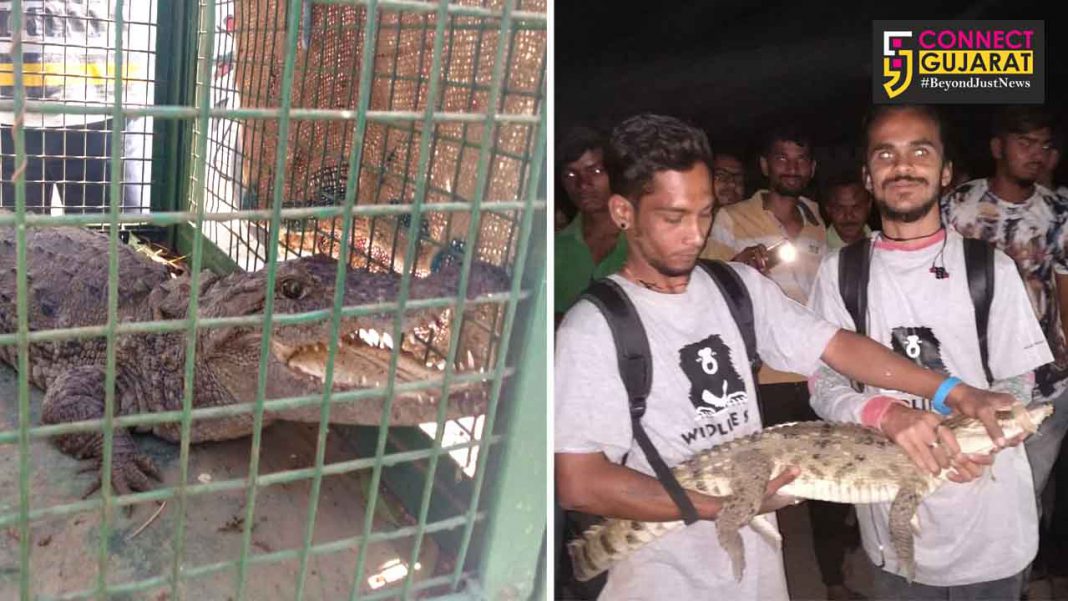 Heat is slowly picking up as the summer is at its peak in the city. The scorching sun helps the water bodies dried up and make the crocodiles searching for new places. Similar was the case with the two crocodiles rescued by the animal rescuers and both of them strayed in the areas in search of new hideouts.

In the first the team of GSPCA and WSOS teams rescued a four feet crocodile from near the entry gate of village Thuvavi at Dabhoi. The villagers scared to see the crocodile for the first time in their area and immediately called the rescuers team who later handover it to the forest department.

In second call received in the morning the team reached the petrol pump on Jambuva Sunderpura road where the four feet crocodile was strayed inside the compound. The scared staff called on the team and they rescued it from there and later handover to the forest department.

This is the first rescue this summer and the activists feel such incidents will happen as due to dried water bodies the crocodiles will search for new hideout places.