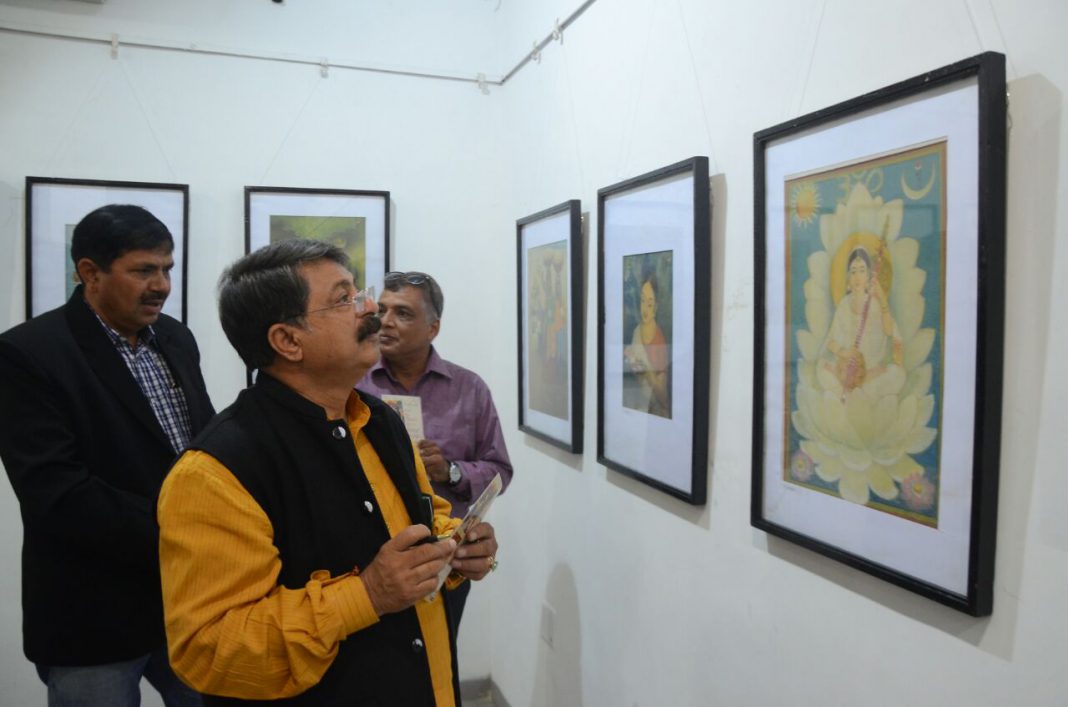 Department of Youth and Cultural Affairs of Gujarat Lalit Kala Academy and Varso Trust showcased a rare chance to experience the works of the Master artist- Late Shri Somalal Shah. For the FIRST time in Baroda such a large number of his works showcased under one roof. On Saturday Minister of Youth and Cultural Affairs Rajendra Trivedi open the exhibition inside Kirti Mandir in the presence of Rajmata Shubhanginiraje Gaekwad, Prof. Ratan Parimoo and many others. The photographs on display are made of water colour and the frames are also of the time. The work of Somalal Shah will take you to the mesmerising journey of women in different roles. Titled in different names every work tells you a story and the paintings are a treat to watch as it is made of water colours and preserved so carefully. Rajendra Trivedi visit the whole gallery and appreciated the efforts of Varso to bring the rare paintings all the way from Ahmedabad and displaying here in Vadodara for the first time. He also gave a hint to put a proposal in the upcoming budget session to economically help the artists. “The paintings are a treat to watch and the artist put lots of effort in his work. The pity is that the artists who make such beautiful art works are sometimes lost in the crowd and they become economically weak. I am making a proposal and request the government to start a pension scheme for the players and artists and put proposal in the upcoming budget session. We are also in the process to felicitate the artist Late Somalal Shah for his works and also to publish a booklet in his remembrance,” said Trivedi. Vadodara startup TechoKids all set to give children a unique learning...