Home > Education > Only 177 PhDs in entrepreneurship in Indian since 2000: Study
Education

Only 177 PhDs in entrepreneurship in Indian since 2000: Study 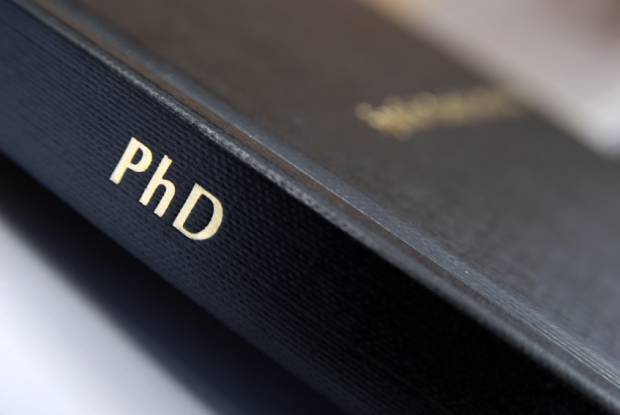 Out of 740 recognised universities in India, only 66 awarded doctorates to 177 candidates in entrepreneurship in the past 16 years, a new study has revealed.

The lion's share of 20,271 doctorates was bagged by the social sciences, said the study by Entrepreneurship Development Institute of India (EDII)

With 25 doctorates in entrepreneurship, Maharashtra topped the national list, followed by Karnataka (18), Madhya Pradesh (15) and Andhra Pradesh and Telangana (12 each).

Of these, only 41 per cent or 73 of the researchers in entrepreneurship were females. Only 10 doctorates theses were submitted in Hindi, and the remaining (167) in English.

The research entitled 'Study Of Entrepreneurial Research and Doctoral Dissertations in Indian Universities' was conducted by Kavita Saxena and Ganapathi Batthini of EDII.

It also attempted to find out the contribution of varsities in awarding doctoral degrees in entrepreneurship, and state-, gender- and language-wise distribution of research in the subject.

The primary source for the date was obtained from the official publications of the Association of Indian Universities for 2000-2015 period, they said.

Saxena said entrepreneurship as an area of study is gaining momentum and the discipline is moving towards academic legitimisation, but there is still a long road ahead.

"Though the current study identifies women entrepreneurship as the most preferred area of research, more research can be done to identify other areas in which doctoral dissertations can be taken up in Indian universities. Since the whole country is geared towards entrepreneurial movement, state-level entrepreneurship policies can be studied," Saxena said.

The researchers suggested that Indian universities should increase availability of PhD programmes, concentrate on providing methodological education, training and research in entrepreneurship, link-up with corporate or family business enterprises on which evidence-based research can be explored.

This can help bridge the divide between knowledge in the field of entrepreneurship and its practical applications, they said.