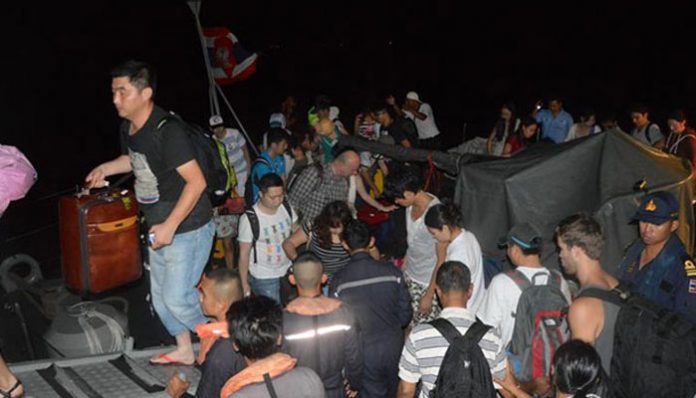 Some 173 tourists were rescued from a storm-ravaged island in eatern Thailand by a navy patrol boat, the media reported on Friday.

A total of 112 Thai nationals and 61 foreign tourists were rescued on Thursday during the operation, Xinhua news agency reported.

They had been stranded there over the last few days due to strong winds and high tides in the sea which had kept ferry boats from reaching the island.

Most of the tourists were visiting Mark island, next to Chang and Kud islands in the upper part of the Gulf of Thailand, to dive and see corals undersea.