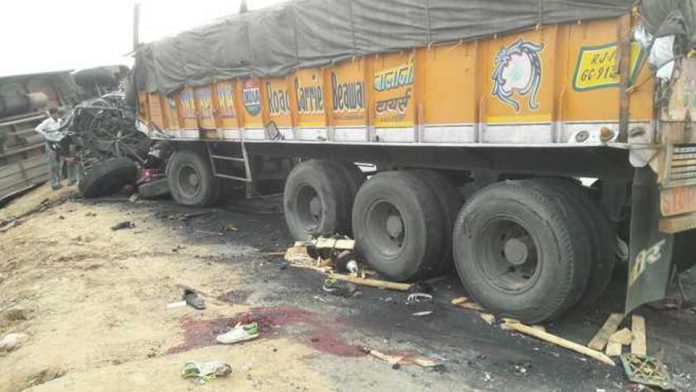 At least 17 people were killed and one injured when when a truck collided with an overloaded jeep in Hanumangarh district of Rajasthan.

The jeep was carrying labourers from different villages in the area, most of them young women, who were on their way back home from  where they worked.

The injured has been rushed to a government hospital and police started further investigation.