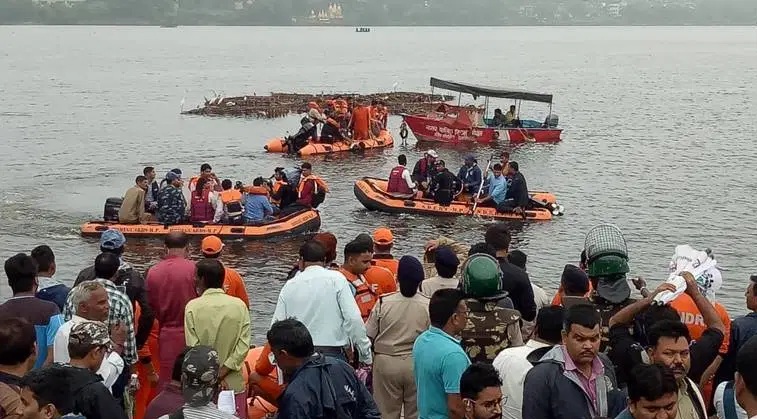 Three people died in Ratnagiri, two in Nashik, Sindhudurg and Satara and one each in Thane, Dhule, Buldhana and Bhandara. In a similar incident, 11 people have died and five went missing during Ganpati Visarjan in Bhopal.

At least 17 people have died by drowning during Ganesh visarjan across Maharashtra in the past 24 hours. Five people have also gone missing in different districts during the occasion.

A large number of people across the state attended Ganpati visarjan occasion in their respective towns on Thursday. Previous day was marked as the end of t 10-days long Ganesh Chaturthi festival, celebrated in Maharashtra with full fervor.However, the celebrations at various places were ruined by these incidents.

Four people died in Amravati, followed by three in Ratnagiri, two each in Nashik, Sindhudurg and Satara and one each in Thane, Dhule, Buldhana and Bhandara.

11 people have died and five went missing after a boat collapsed during Ganpati Visarjan at Bhopal’s Khatlapura Ghat on Friday(Today) morning.Police along with the State Disaster Emergency Response Force (SDERF) personnel and a team of divers are carrying out the rescue operations.

Madhya Pradesh Chief Minister Kamal Nath has directed a magisterial inquiry into the incident and announced a compensation of Rs 4 lakh to families of deceased.