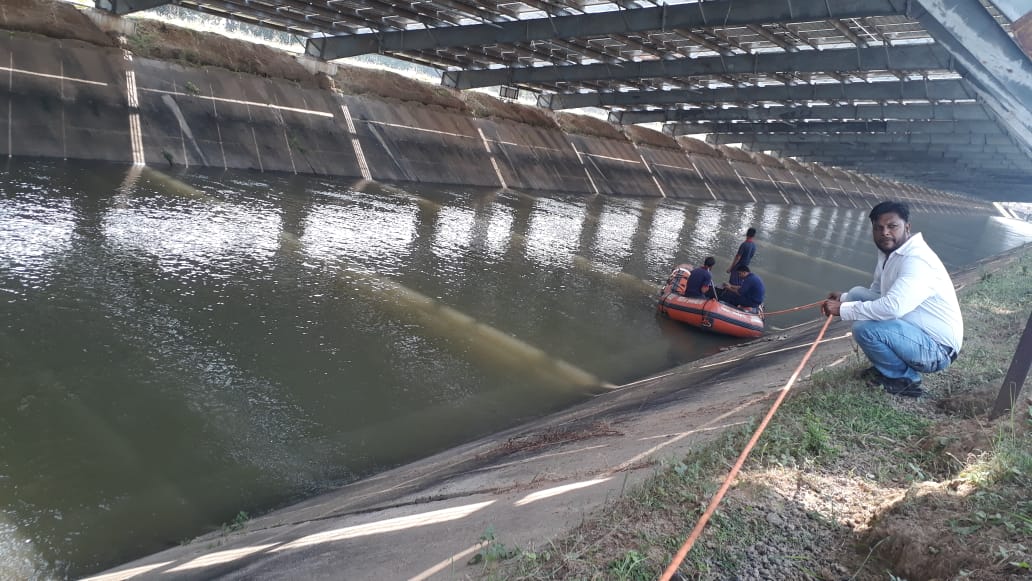 A 16 year old youth drowned in the Narmada canal passing from near Delhi Public School in Harni Vadodara. The fire brigade jawans are still to find the youth and search operation is going on to trace him.

As per the details Alpesh Bhagabhai Parmar 16 lives near Golden Crossroads and went to the Narmada canal passing through Harni Motnath road. As soon as he enter inside he began to drown and the locals rushed to rescue him but failed and the boy was taken away by the flow of water.

Meanwhile fire brigade was informed about the incident and they rushed to the spot with boats and other rescue equipments. They began their search to trace the boy but not find him after over two hours of search.

Fire officer said the search will continue till they find the boy. He said the Harni police was also informed about the incident along with the family members of the youth who rushed to spot.