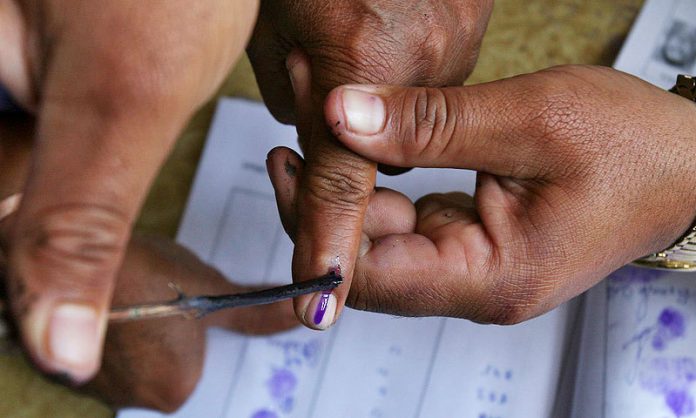 Owing to inclement weather in some parts of Uttarakhand, voting in the assembly elections was slow in the first few hours, with 14 per cent voter turnout till 11 a.m on Wednesday.

According to an election official, eight per cent voting was reported in the first two hours after voting began at 8 a.m. for 69 seats in 11 districts in the first phase of the Uttarakhand assembly elections.

According to the Election Commission (EC), Champawat saw two per cent voting, Haridwar witnessed nine per cent and so did the state capital Dehradun.