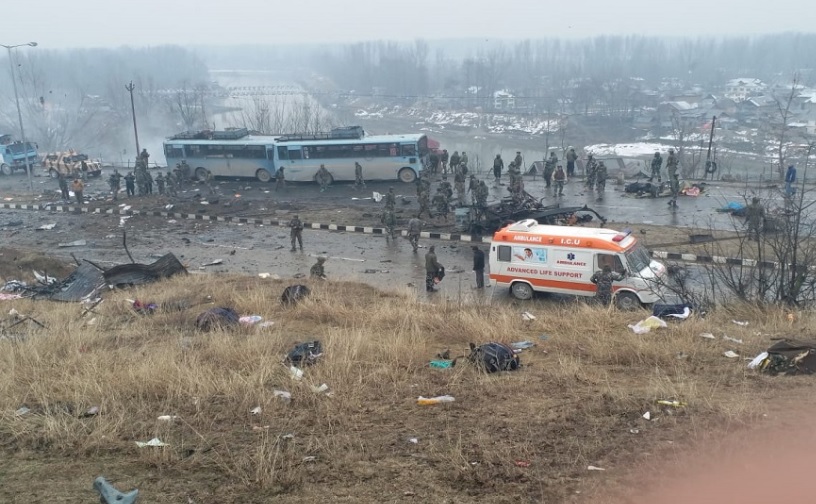 The Jaish-e-Mohammad terror group has claimed responsibility for the attack.

Thirteen jawans were killed and 40 injured when a suicide bomber rammed his car into a CRPF convoy in Awantipora town of Pulwama district on Thursday.

According to the sources Adil Ahmad Alias Waqar, a resident of Pulwama, was the man driving the car that rammed the 55-seater CRPF bus. Such a car bomb suicide attack is happening after several years

The Jaish-e-Mohammad terror group has claimed responsibility for the attack. As per initial reports, soon after the attack on the convoy, which was moving from Jammu to Srinagar, gunshots and grenade blasts were heard.

Condemning the attack, NC leader Omar Abdullah offered his condolences to the families of the bereaved.