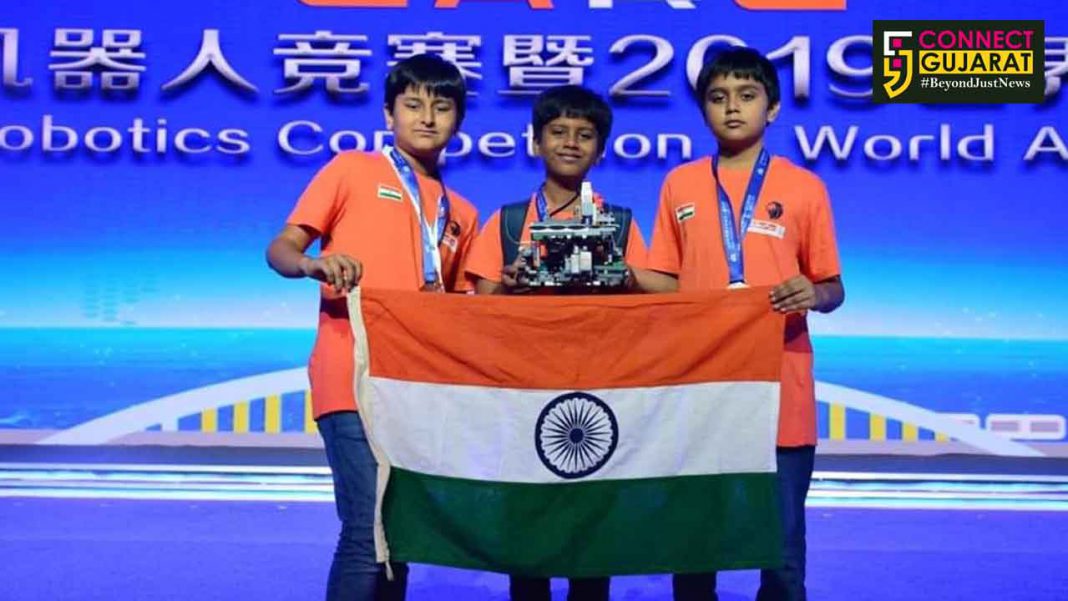 World Adolescent Robot Contest (WARC) 2019 is an annual Robotics Competition held under the aegis of the World Robotics Olympiad Association. It is a grand festival for youths across the world to showcase their talent and skills in designing and building robots. These future engineers and technology experts are brought together through engaging and collaborative competitions to ignite a passion for Science, Technology, Engineering, and Mathematics among these young people.

The task for this year were to design and build a robot to complete a given task on the theme “Smart Cities” with full accuracy in the shortest possible time and with new surprise tasks in each rounds. It involves designing, building including electromechanical elements and then complex programming for task accuracy.

The team competed against other international teams from more than  60 countries in the World and won 2nd prize. The team excelled in the event with perfect full scores in all five rounds but missing out on the top spot by just fraction of seconds and bagged the prestigious Silver Medal.

The team who took up robotics as a hobby are now very are passionate about it and are also eager to pursue it at the highest levels as also to spread the knowledge and awareness about the same to younger inspiring students.