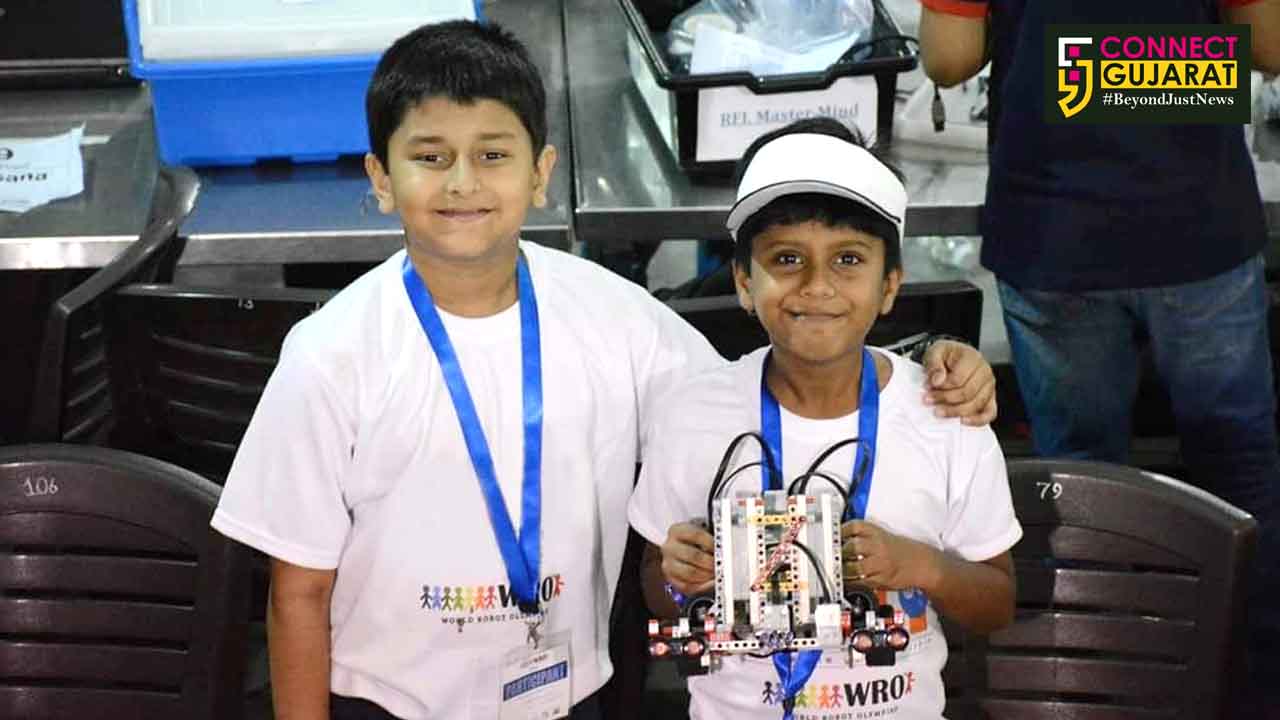 It's a matter of pride for the city as a team of three 12 year olds, from the city have been invited to participate in the competition in the Elementary Category. AADIL SENGUPTA, Hriday Harin Parikh, Shreyans Bohora, all Class 7 Students of Navrachana School, Sama will be going to China to represent India at International Level in the Robotics Competition as TEAM INDIA.

World Adolescent Robot Contest (WARC) 2019 is an annual Robotics Competition held under the aegis of the World Robotics Olympiad Association to be held from August 12-16, 2019 in Chongqing, in the People’s Republic of China.

World Adolescent Robot Contest (WARC) is a grand festival for youths across the world to showcase their talent and skills in designing and building robots. The aim is to bring these future engineers and technology experts together through engaging and collaborative competitions and ignite a passion for Science, Technology, Engineering, and Mathematics. Moreover the competition inspire them to learn skills that they will need to face new challenges of tomorrow

Hriday and AADIL had won the World Robotics Olympiad, India in the Elementary Category for the 2nd time. On account of the victory they have been invited to participate in the WARC 2019 by the organizing committee of the event, CYSC (Children and Youth Science Centre) Beijing, China.

The task for this robotics wizards this year will be to design and build a robot to complete a given task with full accuracy in the shortest possible time. The task involves designing, building including electromechanical elements and then complex programming for task accuracy. The team will be competing against other teams from around 60 countries in the World.