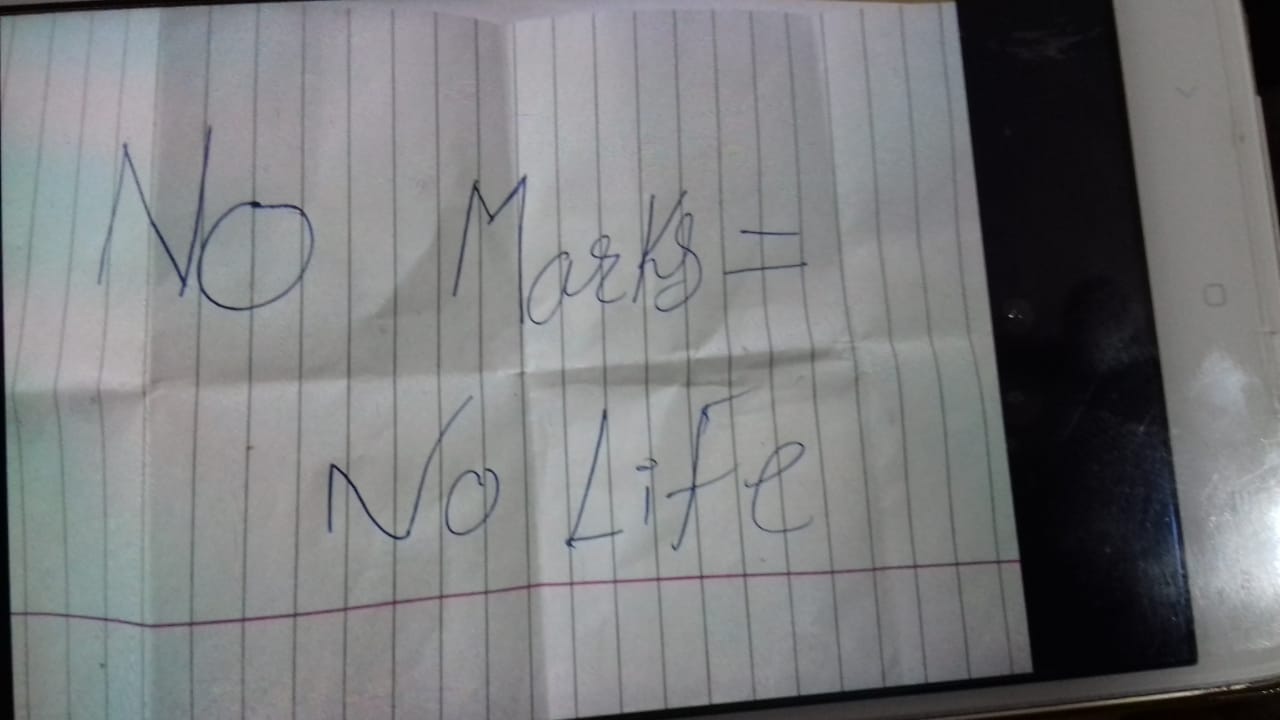 In a shocking incident a 12th Science student committed suicide in Vadodara due to depression. He hanged himself from the hook of the ceiling fan inside his home. It is to mentioned that a 24×7 helpline was also started by the administration to help the board students in depression.

As per details the 18 year old 12th Science student residing in Fatehgunj area committed suicide inside his house this morning. As per sources yesterday he gave his Physics paper and on second day of exams took the extreme step due to depression.

On Friday morning his mother called him to come out from his room however he didn't replied and as she get worried. Later she went upstairs to check and shocked to see him hanged from the hook of cieling fan. The boy left a note saying No Marks = No Life. Sayajigunj police reached the spot and further investigating in the matter.