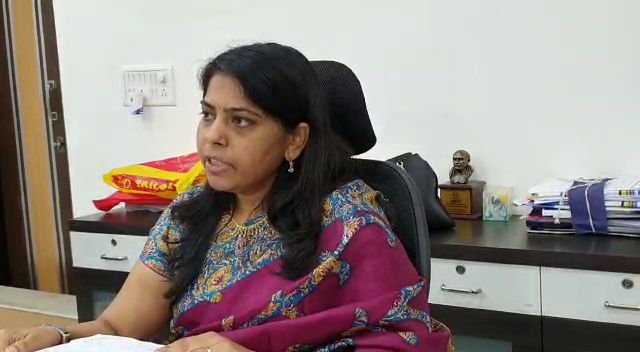 Death toll reaches 13 in city and district situation under control

Total 1100 people shifted to safer places from low lying areas in Vadodara city and death toll reaches 13 which includes nine in the city and four in district. Till date 5.29 crore assistance was given to the flood affected people and the district administration is continuously monitoring the situation regarding water level in Vishvamitri river and rainfall. A advisory is also issued for the people to stay away from the rumors as presently the situation is under control in the city.

District collector and incharge Municipal Commissioner Shalini Agarwal briefed about the city situation and request the people to stay away from rumors. She said the situation is in control after no rains are reported on Saturday and the level and Ajwa Dam is slowly receeding as no rains reported in the catchment area.

“With no rains in the catchment area the Ajwa Dam level stands at 212.55 and Pratapura level stands at 228.20 foot. Total 8427 cusecs water was released from both the resources. The level of Vishwamitri stands at 28 and due to overflow from Ajwa Dam the level is increasing. But there is no need to panic as we are monitoring the situation closely and no need to follow the rumors,” said Agarwal.

Total 122 teams are working in the cash dole and other assistance and till date 5.29 crore is given to the people. “Total 86,954 people are given the cash dole assistance 1 crore 47 lakhs and19,089 people are given 3 crore 81 lakhs in other assistance. The traffic is normal, schools and offices are open and teams of NDRF, SDRF are on alert in the prone areas and shifted people in case it’s necessary. Health, cleanliness, dewatering, drainage, drinking water supply related work is going on in full swing in the city and we request the people to stay away from rumors,” said Agarwal.