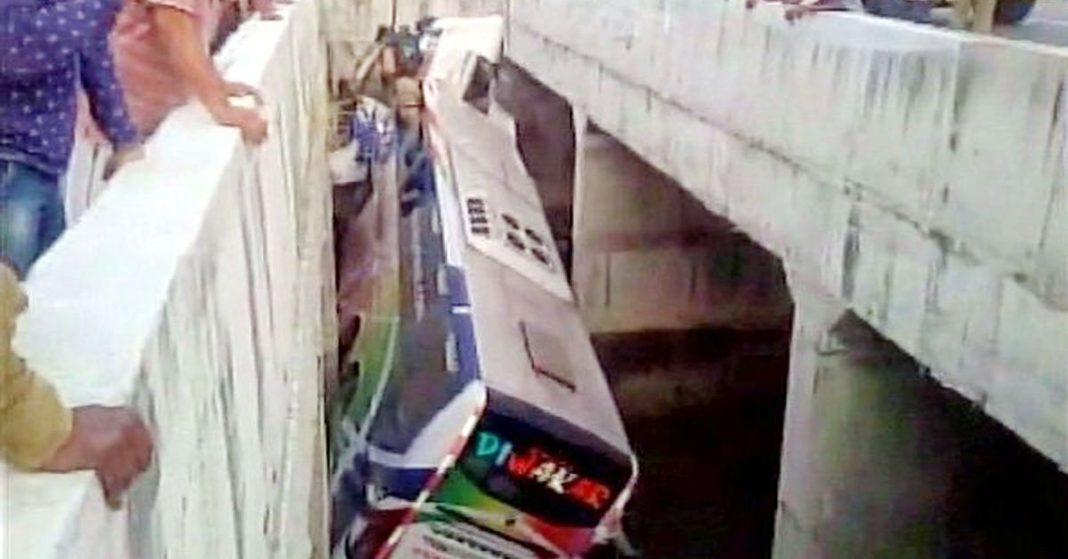 At least 11 persons were killed and 30 injured when a private bus fell off a bridge into a canal in Krishna district of Andhra Pradesh early Tuesday, officials said.

The bus heading to Hyderabad from Bhubaneswar hit a bridge divider and plunged through the gap between the two lanes into the canal near Mollapadu.

The Volvo bus belonging to Diwakar Travels met with the accident a few minutes after crossing Vijayawada.

The front portion of the bus was badly damaged. As many passengers were trapped and the rescue workers used gas cutters to pull them out.

There were 44 passengers in the bus. While nine died on the spot, two succumbed at a hospital here.

The toll may rise further as some of the injured are in critical condition.