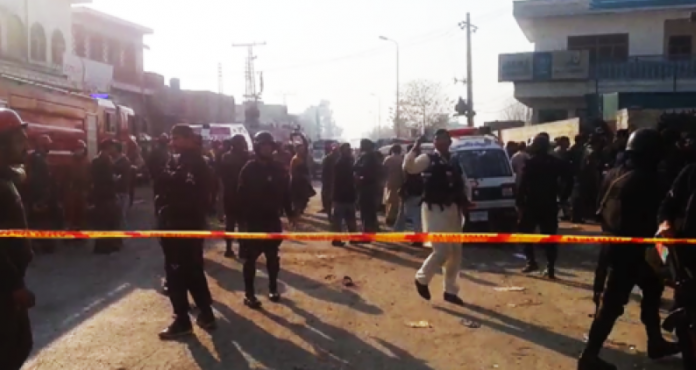 At least 11 persons were injured when a suicide blast hit an Eid prayer gathering in Pakistan’s Sindh province on Tuesday, the police said.

The incident took place when a suicide bomber detonated his explosives-laden jacket at the entrance gate of a mosque when police guards stopped him for body search in Khanpur area of Sikharpur district, Xinhua news agency reported.

Following the first blast, another suicide bomber also attempted to enter the mosque, but police guards shot at him and injured him, authorities said.

The second suicide bomber was arrested.

Three policemen were among the injured, with two others reported to be critical.

According to locals, hundreds of people were present in the mosque to offer prayers.