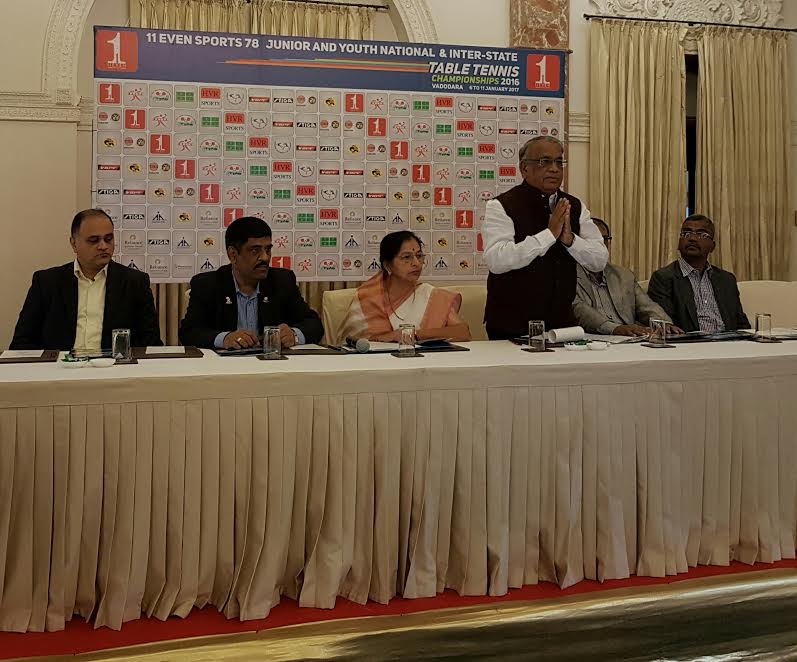 Can history repeat itself? This must be the question heavily weighing on the minds of Rajasthan which, for the firsttime, won a national title when their Youth Boys toppled a strong Maharashtra 3-2 in a heavyweight bout that lasted one and a half hours at Dharamsala last November.

The question will resurface when the team event of the 11 Even Sports 78th Junior and Youth National Championships get underway at the SAMA lndoor Sports Complex here from tomorrow.

But last year defending champions Rajasthan has to put lots of effort to save the trophy as last time team at Dharamsala had the likes of Abhisehk Yadav, Sudhanshu Grover, Pankaj Vishwakarma and Vivek Bhargava and none of them is relevant to the state today as they have moved on to institutions like the PSPB orthe Railways. In other words title-holders Rajasthan can at best, be expected to just survive the group stages while PSPB, strengthened by the induction onadav and Grover, can hope to wrest the title.

Maharashtra, on the other hand, can make a match of it this time provided they ward off challenges from last year's semifinalists Uttar Pradesh and Tamil Nadu and other quarterfinalists like PSPB, West Bengal, Maharashtra B and Delhi. which has a strong team this year with game changers Payas Jain and Yashansh Matik the in their ranks. However, an interesting battle is likely between North Bengal, the reigning Youth Girls champions, and West Bengal, who ended as runners-up last year. The West Bengal squad has a new look with Prapti Senjoining Kaushani Nath and Moumita Datta to take on the mantle. Yet North Bengal has the wherewithal to put up a good fight and see that they retained the trophy, thanks to Sagarika Mukherjee and Anushka Dutta.

Then there are teams like Telangana and Tamil Nadu-the last named has a strong, experienced squad, along with the Airports Authority of India, Delhi, Uttar Pradesh and Karnataka. On their day, any of these teams that entered the quarterfinals .in the last edition are capable of toppling each other, thanks to some star presence in theirteams.

Similarly, the fare in Junior Boys, too, will be equally enthralling as West Bengal and PSPB Academy boys, who finished 1-2 in that order at Dharamsala, are expected to maintain their supremacy. But one cannot rule out Tamil Nadu or Delhi, the two semifinalists, along with Karantaka, Telangana, North Bengal and Gujarat, who were quarterfinalists.

As for Junior Girls, Maharashtra looks to be the team to beat though they finished runners-up behind Telangana in the last edition. Since then, much has happened with Maharashtra girls showing more maturity in winning individual titles during the zonal events as compared to Telangana girls. But, in the past year, otherteams too have gained in strength and it makes the title-contenders like long and sturdy. Hence, any prediction at this stage about who could be the winners in each section is fraught with dangers because one always runs the risk of going wrong on his forecast.

Both the West Bengal and Telangana had really done well, having maintained the tempo they gained in the previous season at Rajahmundry, to be consecutive title winners in the Junior Boys and Girls sections. Hosts Gujarat, with some new crop of paddlers in their ranks, would rely on them to deliverthe goods.

All these will happen in the first three days of the championships from paddlers of 33 teams and institutions as from Day 4, it will be another kind of battle among the players from the states for individual superiority. They will not only be eyeing the prize money on offer during the singles events but also the ranking points which are vital to take them to the next big stage-Team India. There are 32 teams each in the Junior and Youth Boys Team events while there are 29 Teams in the Junior and Youth Girls Team events. The matches will be leagues and top two will then move to knockouts.

The Championships will also carry a total prize money of Rs.4.76 Lacs spread over various events. Most importantly the tournament is very prestigious in the sense that probables will be selected from here for 2020 and 2024.

According to competition manager, N. Ganeshan, chief referee for the championships will be A.S. Kler and he will be assisted by three deputy referees and about 60 Blue Badge, international and national umpires.

All the matches will have live scores and the center court will be directly on YouTube.