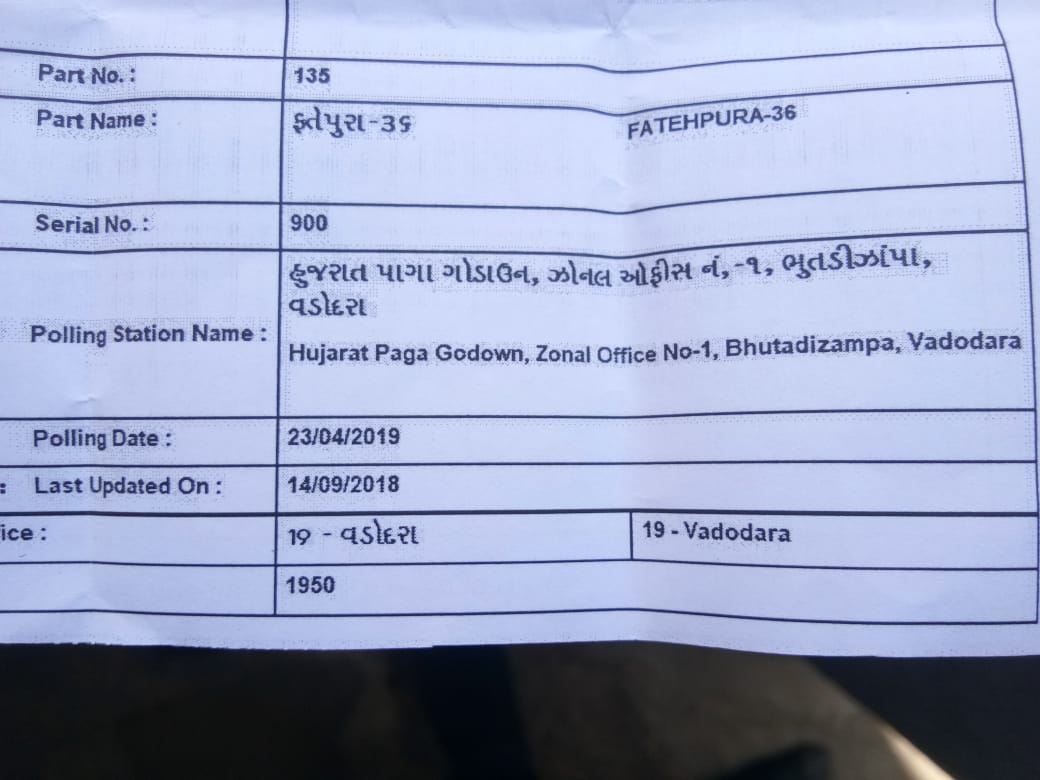 Family said voted in 2014 but this year

A 102 years old lady had to return back home after she found her name not in the list of voters list. Her family said she voted in 2014 but this year her name don’t appear in the voters list.

102 years old Babliben Rana residing in Fatehpura Ranawas enthusiastically went to Hujrat Paga polling booth to cast her vote. However she shocked to see her name disappeared from the list inspite of having election card and voting slip.

Her family said in 2014 she cast her vote but it’s surprising how her name disappeared from the list this time. They were irate on the administration and the old lady return home without vote.