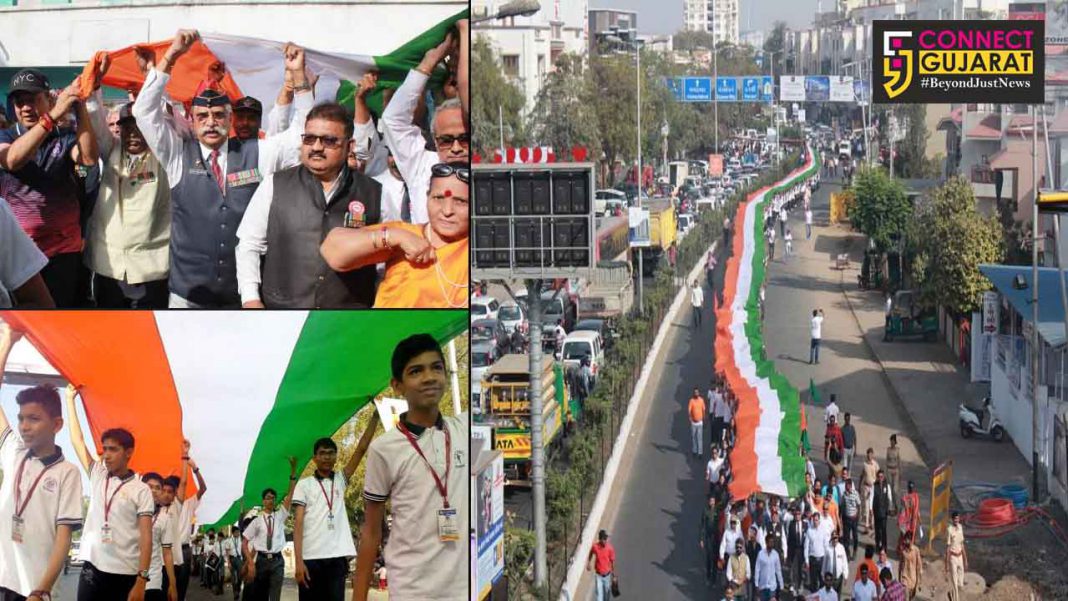 Vadodara gives a tribute to all the soldiers with 1001 feet long Tirangaa yatra on Saturday. Students, officials, residents all join the rally to remember the jawans and their sacrifice for the mother nation.

Police commissioner Anupam Sinh Gahlaut, ex soldiers flagged of the Tirangaa Yatra from Ambe school at Amit Nagar circle in Vadodara city. With patriotic chants the students, officials, residents holding the Tirangaa spreads the environment of patriotism in the area and more and more people joined the rally midway.

The yatra started from Ambe school and passing through Airport circle, Mira crossing, Anandnagar crossing, Amitnagar and ends at the school.