10 more GIDC will be established in the state : CM Vijay Rupani 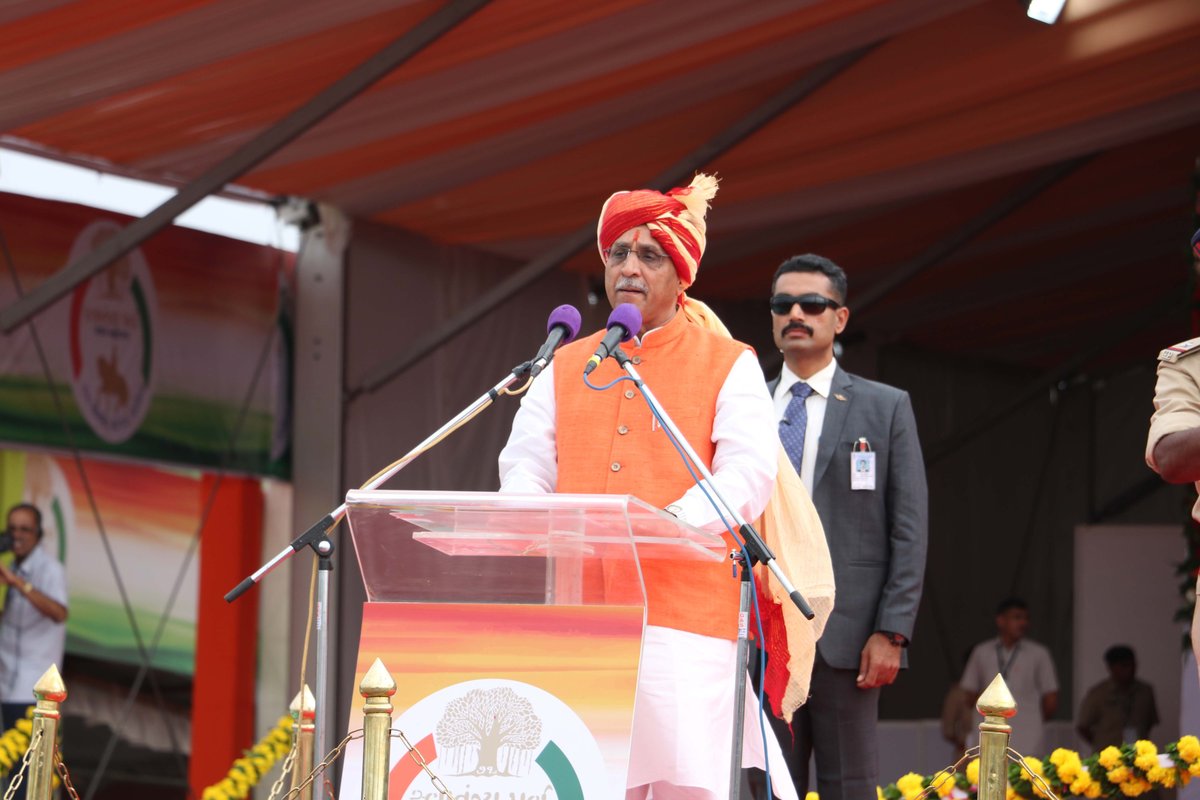 On the 71st Independence Day celebration in Vadodara Gujarat CM Vijay Rupani remembered freedom fighters, leaders and people who sacrificed their lives for the country. He also said that Gujarat also has the important role in the 90 years of freedom struggle where the contribution of Sir Sayajirao Gaekwad was also immense. Arvind Ghosh also get the inspiration of freedom struggle from Vadodara and that's a proud moment for the city.

For Banaskantha where the people felt the nature's fury slowly tried to make their life normal. The help from Gujarat is also comes pouring with government officials, businessmen, Doctor's and others helped 101 crores to them.

In the development era the time is running and the youth of today has to match the steps with the changing trends in the world. That's the reason they decide to provide the college students tablets so that they can get along with the changing trends. Secondly they also decide to change the colleges and government universities into wifi ones to give the students an extra edge. The Gujarat government is working with every walk of life with the slogan Sabka Saath Sabka Vikaas.

CM further said that the Gujarat government developed in the field of health, agriculture, education, infrastructure, employment and reach to the end. Be it to give water and electricity to the farmers of the state or to increase the height of the Narmada dam and complete the work.

In the 71st Independence Day celebration in Vadodara various departments of the police salute the National Flag and parade with the sound of band. The students of Urmi school perform various Yog mudras. After that various cultural programmes were organised visualise the rich culture of India. The daredevil stunts from Police bike stunt team, dog squad and horse squad adds the much needed excitement in the celebration.