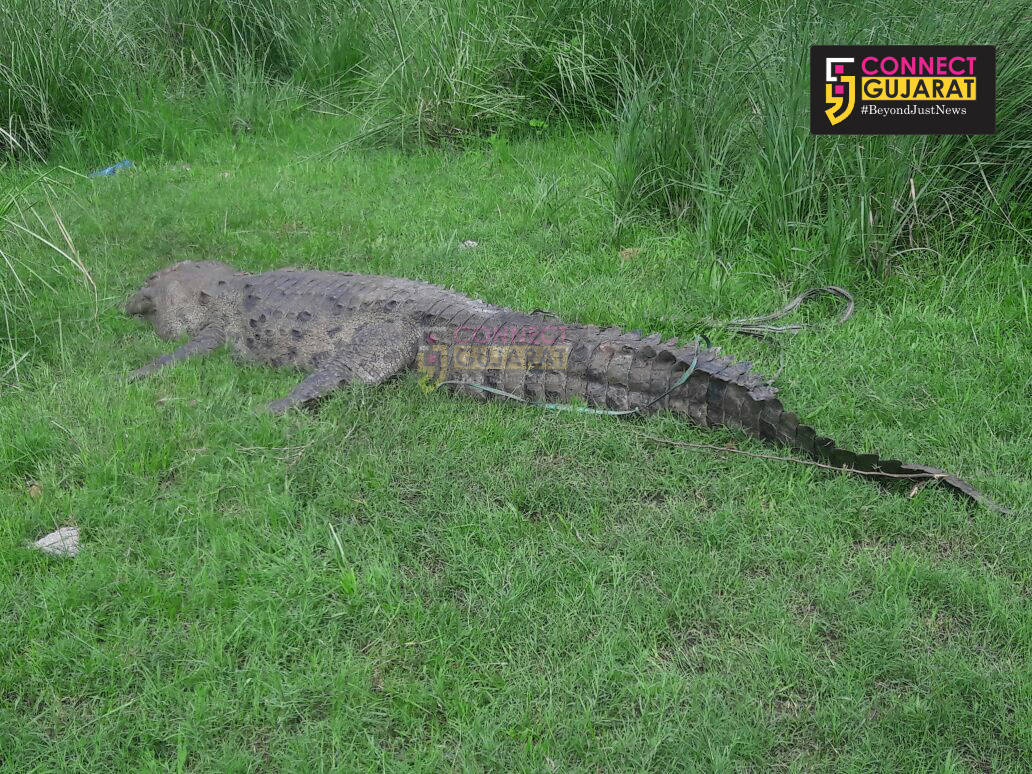 On Monday morning a 10.9 foot crocodile carcass was found near Tarsali Dhaniyavi road from the banks of Jambuva River. Forest department was informed and they collected the crocodile carcass from the spot for post-mortem to know the exact reason of the death. 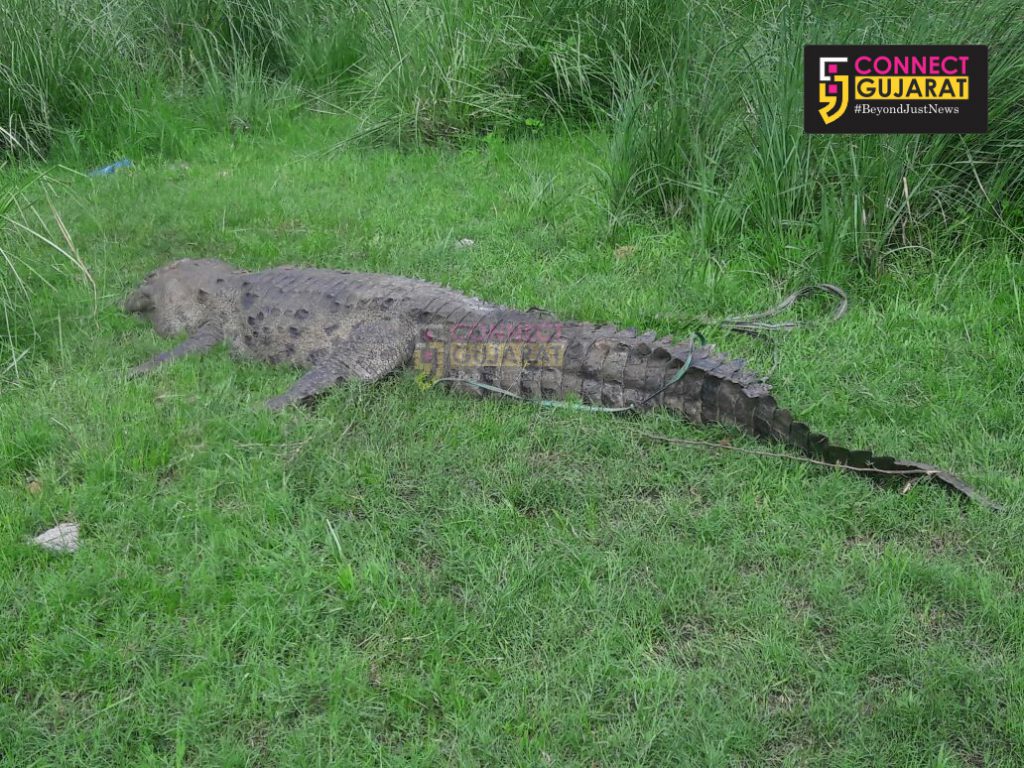 As per the details the forest department received the information about the dead crocodile and its carcass was laid under Jambuva bridge near Tarsali Dhaniyavi road. The team reached the spot and took control of the carcass. 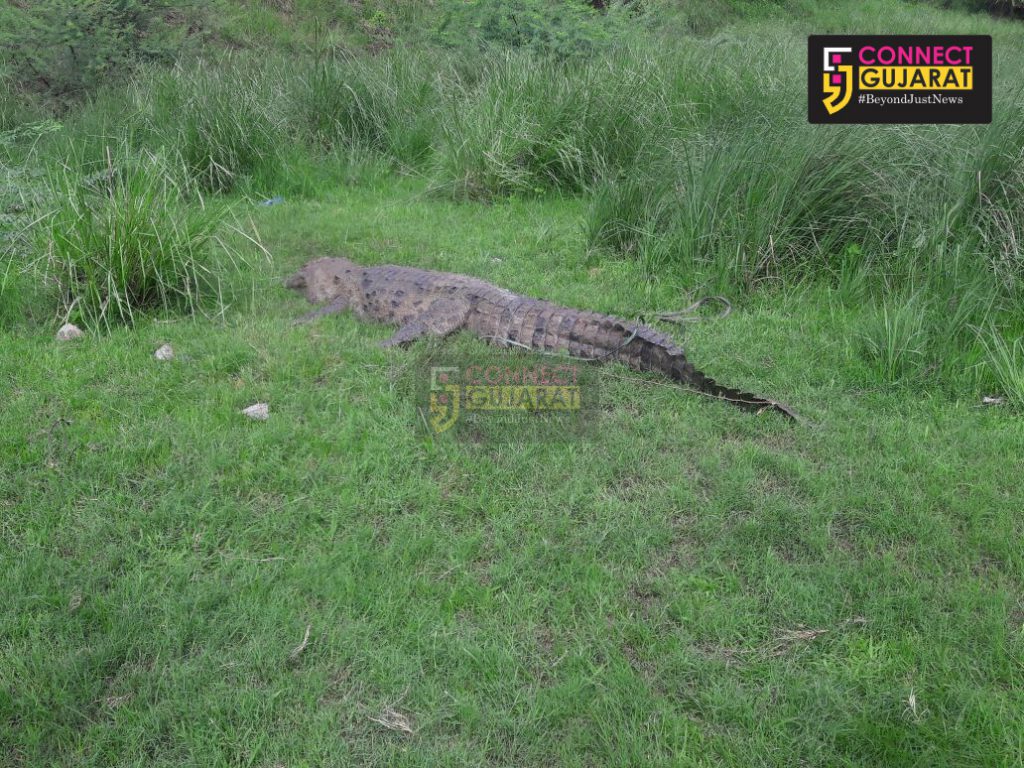 Forest official Mr. Chauhan said that they found the carcass of 10.9 foot dead crocodile under the Jambuva bridge. They collected the carcass from the spot and took to the forest department near Pandya bridge for post-mortem to know the exact reason of the death of crocodile.