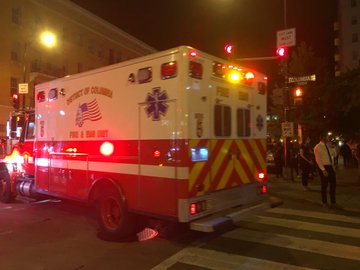 One person was killed and five others wounded in a shooting incident at 1300 block of Columbia Road in Washington DC on the night of Thursday, 19 September, according to the sources.

The sight of shooting is reportedly around three kilometers away from the White House.
The report also suggested that the police is not considering the incident as an ‘active shooting’ situation even though no arrests have been made so far.

#BREAKING: Local media is reporting at least 6 people have been shot in Columbia Heights in Washington DC. — Police say they received a report of a shooting in the 1300 block of Columbia Road NW at around 10:06 PM EST. No word on fatalities at this time. pic.twitter.com/1tIo80vK6T

Images and videos tweeted by locals suggest that ambulance and police were present at the spot.