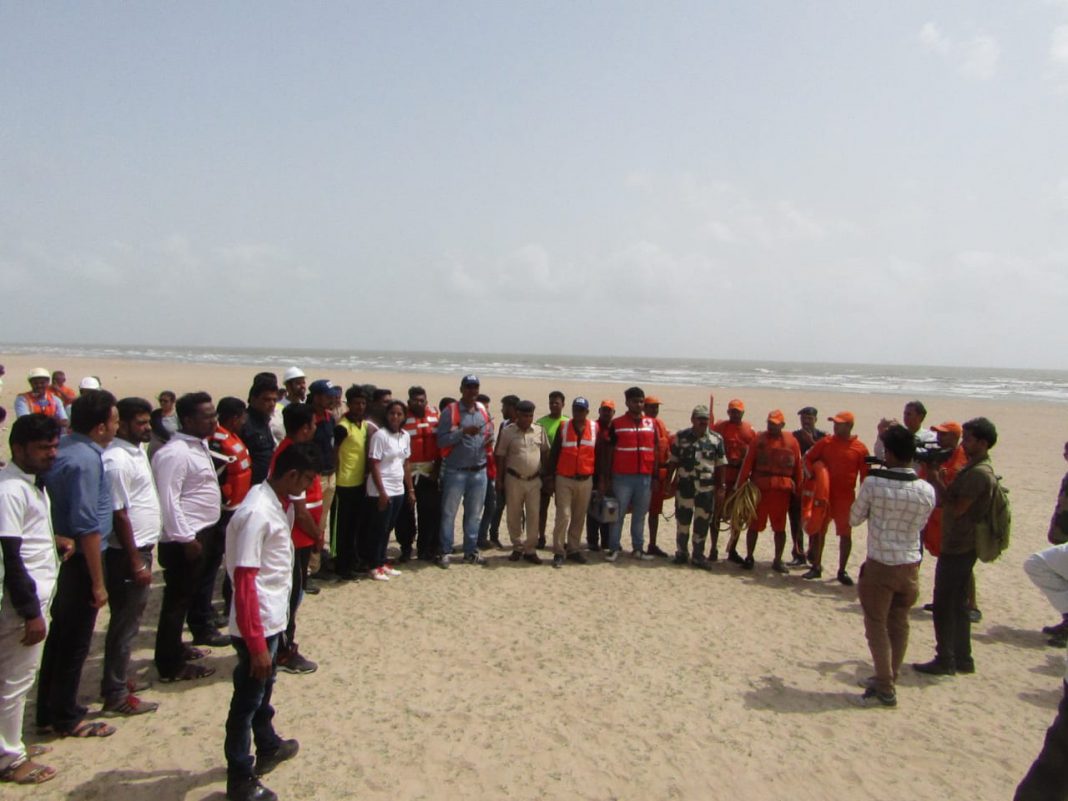 06 Bn NDRF participated in Indian Ocean wide tsunami mock drill on 4th September 2018 in Gujarat. The purpose of this exercise is to increase tsunami preparedness, evaluate response capabilities in each country and improve coordination throughout the region.

During the exercise the Indian Tsunami Early Warning Centre (ITEWC) at Indian National Centre for Ocean Information Services (INCOIS), Hyderabad provided simulated tsunami threat information to all coastal states of India and to other countries in the Indian Ocean region.

Then each State and District  evaluated the information and disseminated to NDRF and other disaster response agencies along with coastal communities participating in the exercise. The teams also took due care to ensure that public is not inadvertently alarmed.

The 6Bn NDRF team participated in Mandavi, Bhuj  and Jamnagar participated in evacuation drill, described about current early warning programme, ongoing mitigation and public education programmes. The aim is to exercise all levels of the tsunami warning and response chain, with a primary focus on the local coastal community level.

“The 2004 Indian Ocean tsunami and subsequent events in the Indian and Pacific Oceans have brought to the attention of the world the urgent need to be more prepared.