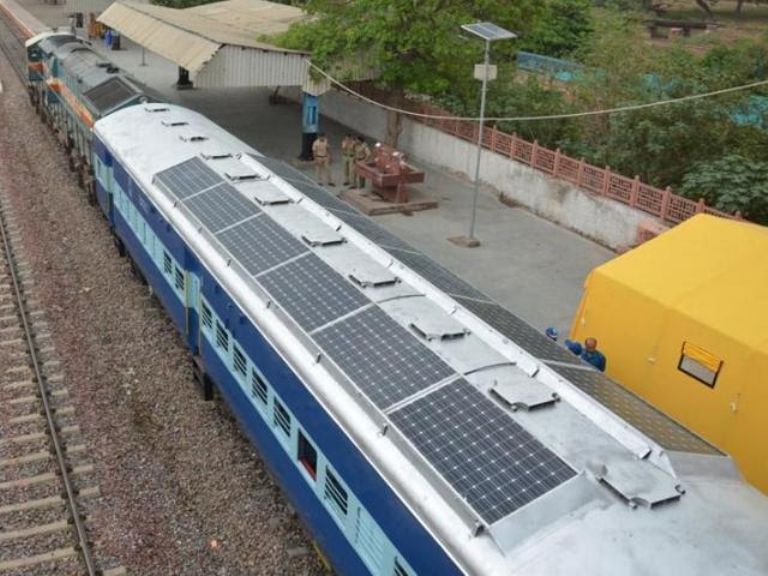 As a part of Indian railway’s ambitious plan of harnessing solar energy to run train, the Indian railway is set to try its first solar powered train.

Gopal Sharma who is PRO of The North Western Railways said to a news agency that the trial run will be conducted by the end of this month.He further said that the train will be run as passenger train and the route of train will be decided after trial run. It is the first step towards using unconventional sources of energy by Indian Railway.

He also added that according to the plan the train would be pulled by conventional diesel run engine while the internal electricity need for fans and lights will be provided by solar panel.As per the studies the solar powered train can reduce diesel consumption up to 90,000 litres every year and it will also help to reduce carbon dioxide emission by over 200 tonnes.