Home > India > PM Modi’s cabinet expansion : 19 in, 6 out from the cabinet
India

PM Modi’s cabinet expansion : 19 in, 6 out from the cabinet 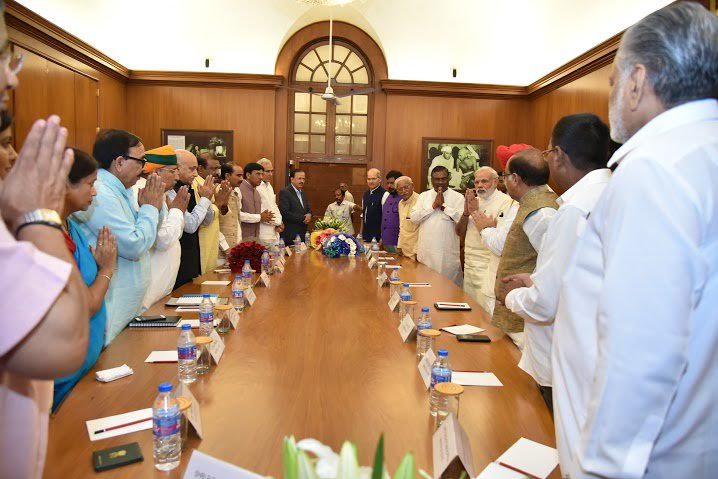 With the completion of two years of National Democratic Alliance (NDA) at the Centre, Prime Minister Narendra Modi inducted fresh talent in his council of ministers on Tuesday 5th June 2016 at Delhi.

19 new faces are inducted in Modi's cabinet , the sworn programme started by the elevation of the Prakash Javadekar’s , the only Union minister among 19 to be elevated.

This is the second expansion of the council of ministers since Modi’s government came to power in May 2014.

Among the 19 inductees, three MPs each from U.P, Gujarat and M.P took oath while four sworn in from Rajasthan. The programme ended with the national anthem

According to the sources, these 19 ministers were picked after an exhaustive voting and selection process to find the best talent. They were also assessed for the value they would bring to the Cabinet.

Calling the cabinet expansion a natural event, PM Modi on Monday said that the exercise would reinforce his government's focus as outlined in the Budget this year.