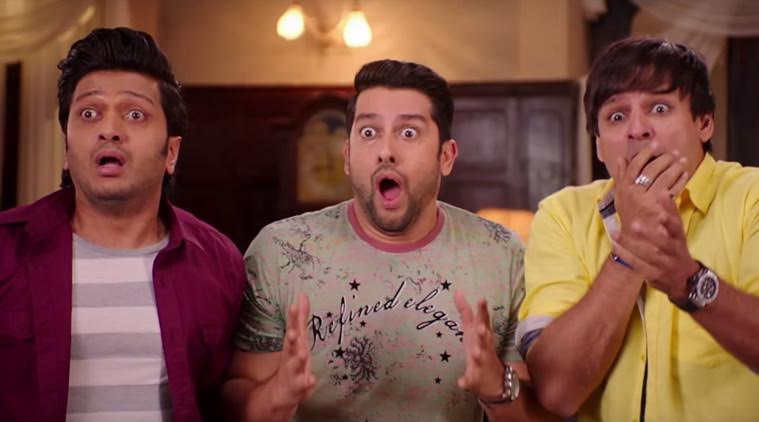 If there is one adult comedy franchise that has made money at the box office in India, it is the franchise of Masti. Great Grand Masti is the third in the financially successful Masti series directed by Indra Kumar.

The Film was initially slated to release on July 22, but the release was made in advanced by a week after the full movie was leaked online.

Story of the film is about three friends, Dr. Amar (Ritesh) has an old bungalow to sell and Prem Chavla (Aftab) is supposed to help him. Meet Mehta (Vivek) also accompanies them. Here they meet Ragini who is a ghost. After knowing it the three friends tried to run away.

Will this 3 friends will be able to run or not from there ?? Watch the movie and get the answer.