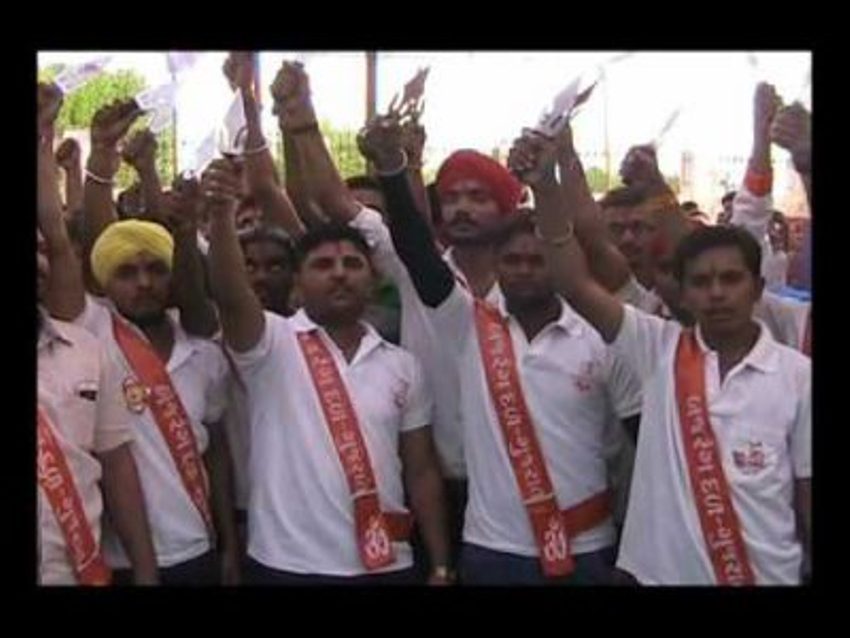 Ever since the VHP’s youth wing Bajrang Dal was formed, "trishul deeksha" program was being held every year in India.

Here this is to be noted that no BJP leaders were present in the event.